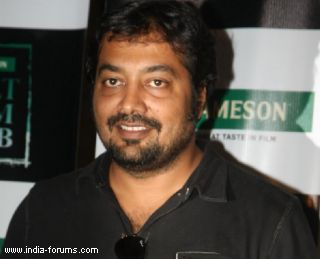 Always trying to say something different through his cinema, filmmaker Anurag Kashyap describes his upcoming film "Gangs of Wasseypur", to be released in two parts, as a desi drama with loads of fun and songs.

"The film is based on true stories of Wasseypur and is a very 'desi' film. We did most of the shooting in a place near Wasseypur. We wanted to capture the shots naturally, so we hid the camera," said Kashyap Thursday. He was speaking at theatrical trailor release of the crime thriller.

The film is about the coal mafia in Dhanbad and the star cast includes Manoj Bajpai, Nawazuddin Siddiqui, Syed Zeeshan Quadri and Richa Chadda. The film will be screened at the Cannes Film Festival in the Directors' Fortnight section.

"My film has 25 item songs. In fact, it is an item film," Kashyap joked when he was asked if plans to include an item song in the film.

Talking about how the film's idea was conceived, he said: "When Zeeshan Quadri started giving me the description, I was floored. I was sitting outside the Prithvi Theatre in Juhu, when he caught me and started telling me the story," he said.

"I had decided at that time only that I would make the film. The story was such that I wanted to depict the full story. I did not want to leave it in the middle, no matter how long the film becomes. Finally, we have made a five hour 20 minutes movie. It is divided into two parts but both the parts have their individual story," he added.

The movie promises to be a complete package.

"Our agenda was to make a full-fledged commercial film. It has music through out the movie. The movie is realistic and fun. Everyone will enjoy the film. We held a lot of private screenings and all kinds of people seemed to enjoy the film. In fact, people have sat and watched both the parts together," said the filmmaker.

According to Kashyap, even the people of Wasseypur love Bollywood.

"Most of the people living there are criminals, but the way Bollywood and crime merge over there is incredible. I have never seen something like this before. Wasseypur has the true fans of Bollywood," he said.