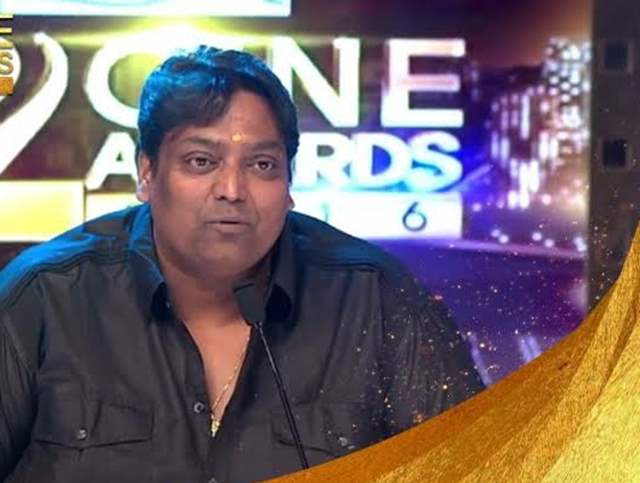 Kotian is also a member of Indian Film & Television Choreographers Association and according to a report in SpotboyE, in the complaint, Acharya who was elected as a General Secretary of the association used to frequently call Divya at IFTCA office at Andheri Veera Desai road. On Jan 26, 2020, there was an SGM of IFTICA at Raheja Classic.

Kotian reached at the location to give her points against Acharya, who was apparently asking her for commission and the moment Acharya saw her, he yelled asking her that why is she there as she is suspended.

Following that Kotian explained him as to how she is a member of the association. It ended with a brawl where Acharya apparently asked him team member Jayshree to slap her. 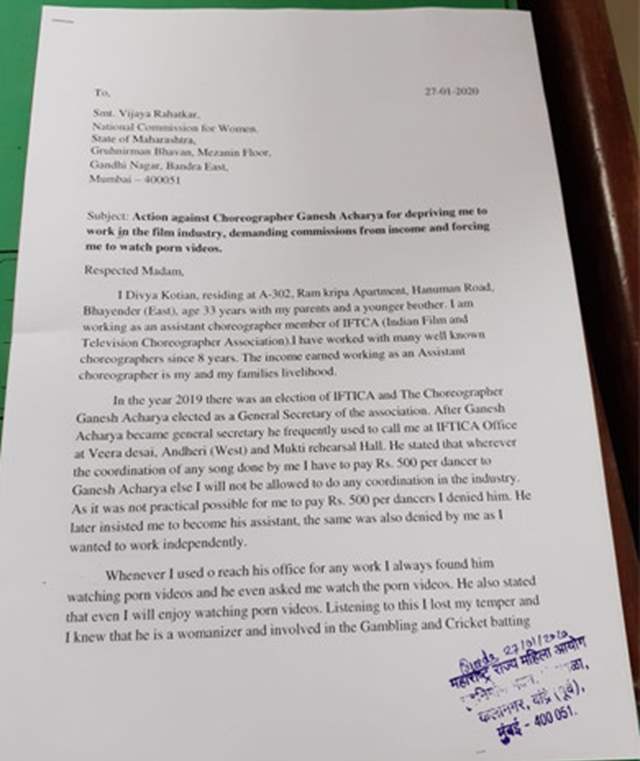 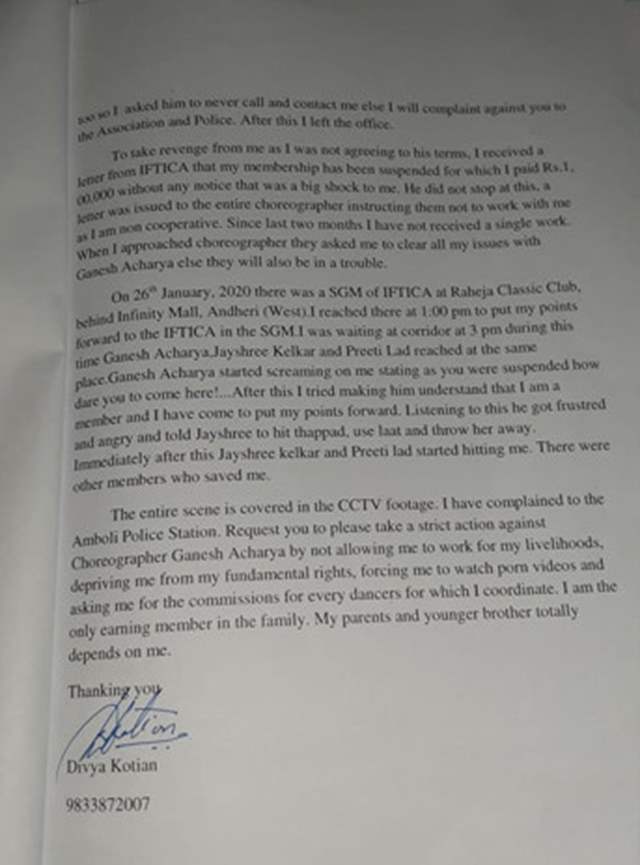 Ali Asgar and Vishal Kotian to team up after 22 years for ‘Akbar Ka ...

Siddhant Chaturvedi's Wish of Showing Something to Sushant Singh ...

maaneet4evr 6 months ago i guess he was the choreographer Shakti mohan quoted in one of her video where he was saying female dancers do item dance and nothing else!