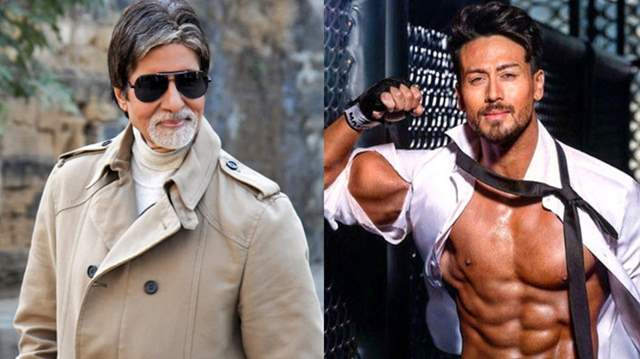 The action-thriller Ganapath Part 1 starring Tiger Shroff and Kriti Sanon is one of the highly anticipated projects of the year. Helmed by Vikas Bahl, the film is produced by Jackky Bhagnani.

Earlier reports stated that, Amitabh Bachchan has been approached for a pivotal part in the upcoming action-thriller. Now it has been learned that Big B recently filmed for a special cameo appearance in the movie.

Mr. Bachchan portrays Tiger Shroff's Guru in the film. The directors are overjoyed with how the segment turned out. It was filmed in Mumbai in May. However, Mr. Bachchan is not only starring in the movie but has also contributed his voice. In the interim, the film's post-production work is in full gear after the wrap up, the latest report stated.

The association between Amitabh Bachchan and the Bhagnanis has a long history. They previously worked together on David Dhawan's 1998 action comedy Bade Miyan Chote Miyan, and the actor even had a cameo in their 1999 comedy-drama Biwi No.1, which was starring Salman Khan, Karisma Kapoor, and Sushmita Sen.

Tiger and Kriti reunite in Ganapath after first teaming in Heropanti, their debut Hindi film, in 2014. Kriti previously admitted in an interview that she has a warm spot in her heart for Tiger because he was her first co-star in the Hindi film industry. They began their professional careers together. They have experienced similar experiences, grown together, and been in the same boat," Kriti had remarked.

Talking about Amitabh Bachchan, he has a flurry of projects in the pipeline. He will next be seen in Brahmastra. He additionally has Uunchai and The Intern. 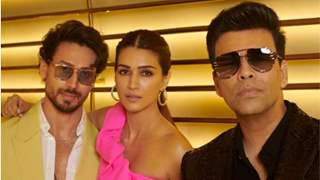 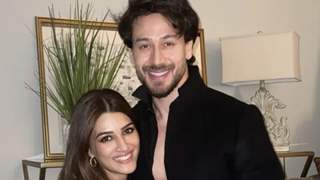 We always had great chemistry: Kriti Sanon opens up on reuniting with ...

+ 10
2 months ago Waah great Amit ji and Kriti and Tiger cool combo. Lets see how movie will be