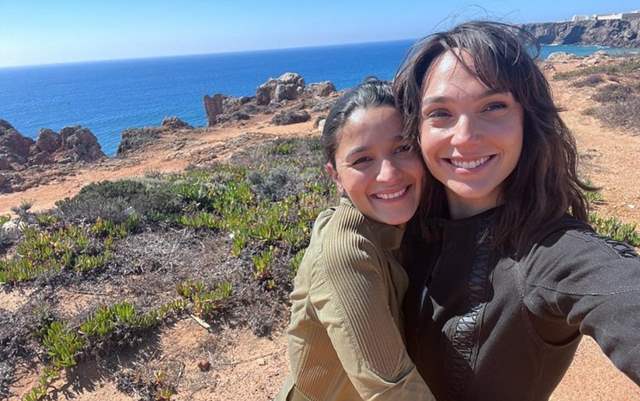 And it's a wrap for actor Alia Bhatt as she completes shooting for her first Hollywood project, Heart of Stone.

Bhatt has been shooting for the film for a while now and even though the shoot of the film continues, Bhatt has wrapped up her portion.

It seems the actor has already made friends for life from the set in the form of Wonder Woman herself, Gal Gadot and the rest of the cast and crew.

On her part, Bhatt went on to post a series of images captioning, "Heart of Stone - you have my wholeeeeeee heart

Thank you to the beautiful @gal_gadot .. my director Tom Harper … @jamiedornan missed you today .. and WHOLE team for the unforgettable experience. I will be forever grateful for the love and care I received and I can’t wait for you all to see the film!!!!!

Gadot, on her part also went on to mention how she will miss her and how great a talent Bhatt is. She wrote, 'Give some love to my girl @aliaabhatt who wrapped on heart of stone today such an amazing talent and such a great person'- 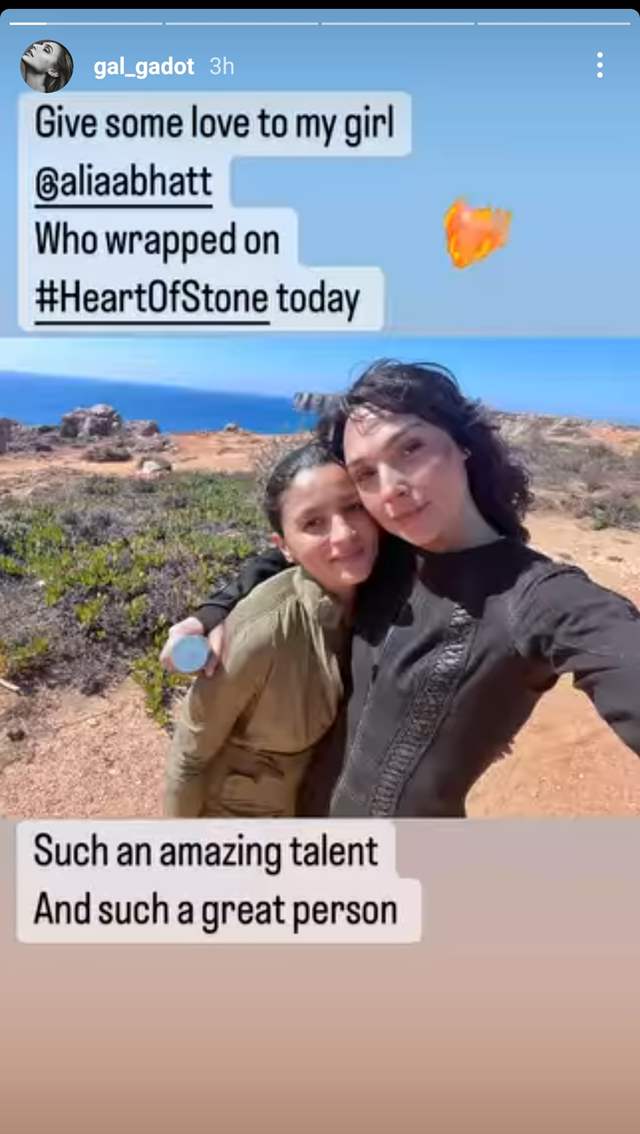 Apart from this, Bhatt has an array of projects lined up. Her debut production, Darlings is set for release on Netflix in the first week of August. She also has Brahmastra Part One: Shiva, Rocky Aur Rani Ki Prem Kahani and Jee Le Zara in the pipeline.

+ 8
4 months ago this is how you know her career is over. marriage, baby and hollywood. deadly combination for our bollywood actresses sadly

5 months ago I feel that Alia Bhat is being forced down our throat by established and influential king and queen makers in the Indian Film Industry. While I would rate her a 6/10 at best, we're made to recognize her as some kind of new Indian movie phenomenon. Her name is being pushed big-time internationally as well. I sincerely hope Indians see through this subterfuge and recognize talent for its sake and not because some big-name individuals are forcing her on us. Gal Gadot is being nice and nothing more, as she would have said the same if it were any other actress.

+ 12
5 months ago Alia has been full of attitude nowadays. Anyways I like Gal