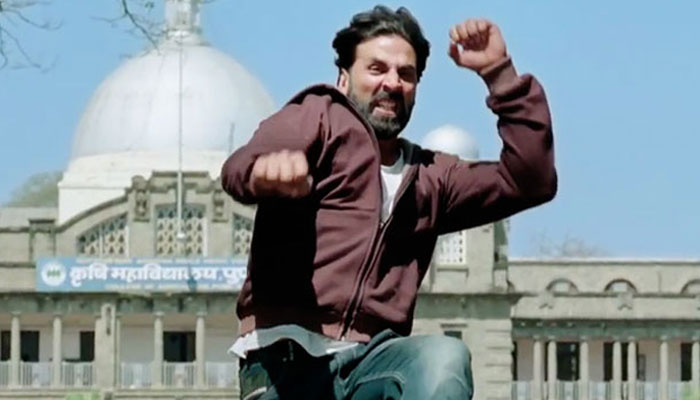 Gabbar Is Back with a bang. Yes, this time Akshay Kumar a.k.a. Gabbar his ruthless character in his upcoming movie shared some dishoom-dishoom scenes from the action flick.
Without any doubt our Khiladi is still going strong even after turning 47. With a young heart and hard core physique he spreads his energetic vibes where ever he goes.
Recently, Akki was seen posting a fighting sequence on a social networking site from his upcoming movie Gabbar Is Back. The caption read as: At 47 still kicking like I was at 27! #NoSpecialEffects #YoungAtHeart #FitForLife 1 day to go & #Gabbar will be back ;) #GabbarIsBack.
Our handsome hunk surely has a kickass personality with some strong muscular strength to woo away the wicked goons.
Gabbar Is Back is all set to hit the big screens on 1st May, 2015. Do pull up your socks to witness the macho man's anti-corruption reign.
Priyanka Chauhan

Akshay Kumar Gabbar Is Back