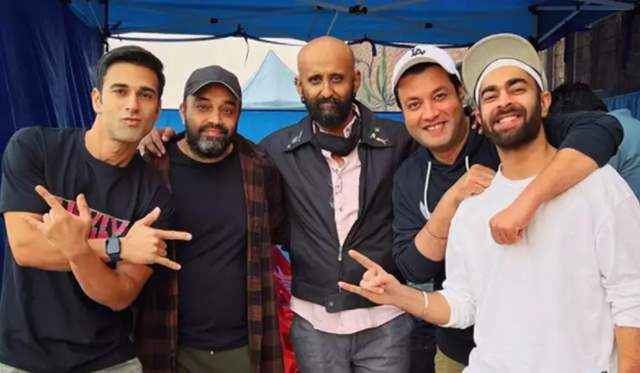 Actor Pulkit Samrat has kickstarted shooting for 'Fukrey 3' in the national capital.

On Sunday, Pulkit took to his Instagram handle and shared two pictures--one with the clapboard and the other with the team including his co-stars Varun Sharma and Manjot Singh.

For the unversed, the film went on floors in Mumbai on March 3.

The comedy film franchise is directed by Mrigdeep Singh Lamba and is produced by Ritesh Sidhwand Farhan Akhtar's Excel Entertainment.