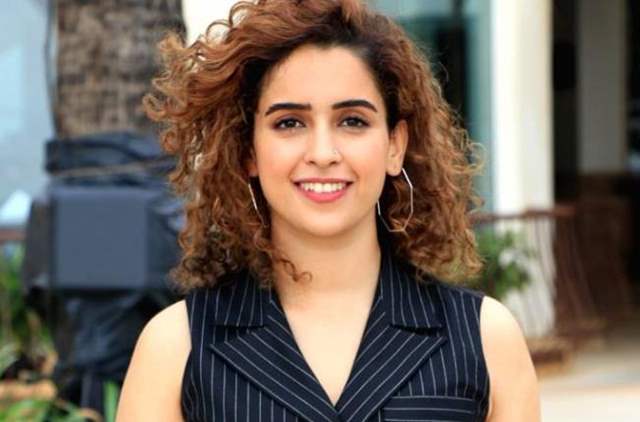 After creating quite the stir among the audience after the film was announced, the biographical drama film Shakuntala Devi finally saw a release today on Amazon Prime Video! And of course, it comes as no surprise that the audience has loved the film and highly commended performances by Vidya Balan, who plays Shakuntala Devi, and Sanya Malhotra, who plays her daughter Anupama Banerji.

Talking about her experience in the Indian film Industry and her recent release, actress Sanya Malhotra says, "I'm blessed. I can't believe in 4 years I have done films with such amazing directors and with such great co-actors and scripts which are really good. I'm extremely blessed"

The actress further added "Personally it was my dream to become an actor and I will not compromise on anything. If I am working I want to be there fully. if the script character and people are good I don't give it a double thought and I directly go for the film. Being an actor was my dream and I am getting an opportunity to live my dream."

The film follows the real-life story of Shakuntala Devi who was the genius mathematician and the world-class educator who astounded the world with her exemplary arithmetic abilities to solve complex math problems quickly. The film is directed by Anu Menon and produced by Sony Pictures Networks Productions and Vikram Malhotra.

The film also stars Jisshu Sengupta and Amit Sadh in prominent roles. So make sure you grab a bucket of popcorn and watch the film!

Vidya Balan reveals no Alterations were made to the story of ...