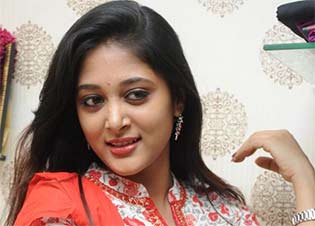 Sushma Raj was content with her fashion designing course and her life as a model, and had no desire to join films. But her family and friends made her don the greasepaint, she says.

"As part of my fashion designing course, I used to do some modeling shows. Subsequently, I was approached by some people from the film industry. Initially, I was not interested in acting, but later on my friends and family encouraged me," Sushma told IANS.

When she finally decided to act, she set her eyes on Telugu industry and is now making her debut with upcoming thriller "Maaya".

"Since I'm a Telugu girl, I always wanted to be part of Telugu film industry. Eventually, I got a call from the team of 'Maaya'. I gave my audition and got selected. I play an energetic role in the film," she said.

Directed by National Award-winning filmmaker Neelakanta, "Maaya" features Harshvardhan Rane in the male lead. The film is based on extra sensory perception.

Recalling her experience working with Neelakanta, she said: "There are a lot of things I learned from him, but mainly it was about being patient and planning perfectly. 'Maaya' is a unique concept and I think Neelakanta's planning and his style of execution makes it special".

"Maaya" is yet to release and, meanwhile, Sushma has completed shooting for her second Telugu film "Joru".

"It has all the elements of a commercial film. I had a lot of fun shooting especially with senior actors Brahmanadam and Sayaji Shinde. Currently, the post-production work is going on," she said.

In director Kumar Nagendra's "Joru", Sushma has been paired with Sundeep Kishan.

Bigg Boss 14: Naina Singh reveals why she and Eijaz Khan can never be ...