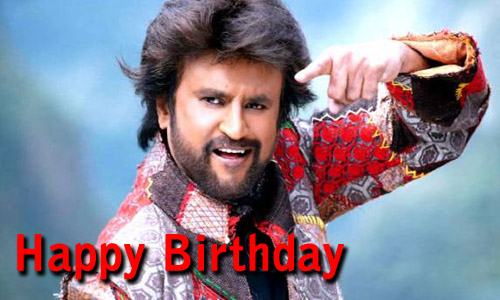 Friday the 12th turned out to be a double bonanza for the fans of Tamil movie superstar Rajinikanth across the globe. They not only celebrated the 64th birthday of their silver screen hero, but also enjoyed his new release "Lingaa".

Incidentally, this is the first time Rajinikanth's movie has released on his birthday.

Fans thronged movie theatres here from the wee hours where "Lingaa", starring their hero Rajinikanth was released. The scene outside the theatres where the movie is being shown, was chaotic.

The frenzied fans burst firecrackers, offered milk to Rajinikanth's cut outs and held special prayers in temples. Fans sported dark t-shirts with photographs of their 'Thalaivaa' on it.

According to Sivaraman, a Rajinikanth fan, this Friday is Diwali for the fans.

Prime Minister Narendra Modi was one of the earliest to wish Rajinikanth on his birthday through a tweet. Several other noted personalities from the movie and political world also greeted Rajinikanth.

A bus conductor in Karnataka had come from Belgaum to the actor's residence to wish him on his birthday.

Prior to his entry into the movie world, Rajinikanth himself was a bus conductor in Bangalore.

However, for the birthday boy it was quiet togetherness at his home. He also visited a theatre for a special screening of his movie.

According to Rajinikanth's daughter Soundarya, the movie "Lingaa" is really good and her father is excited about it.