Mumbai, Jan 27 (IANS) A festival of French films was inaugurated in Mumbai Sunday by the French ambassador to India, Jerome Bonnafont, with the screening of 'Asterix at the Olympic Games'.

The 'First Rendezvous with French Cinema' has been organized by the French embassy and Unifrance, an organisation that promotes French cinema worldwide.

The late evening function was attended by film personalities from both countries. Jerome Seydoux, chairman of Pathe, the biggest and oldest film studio in the world, was also present.

Bonnafont explained: 'From the very inception of this new form of art (cinema) more than a century ago, both France and India felt a strong inclination for what was to be known commonly as the seventh art.'

Unifrance president Margaret Menegoz said cinema will play a crucial role in bridging two culturally and politically varied nations. 'Considering the number of films produced and made and the sheer number of spectators, India is the first international market for cinema.'

Movie buffs will have an opportunity to watch 'Azur & Asmar', 'Caramel', 'Avatar', 'The Stone Council', 'The Science of Sleep' and 'Them and Crossed Tracks' among other films.

Unifrance and the French embassy are also planning to commercially release French movies at Indian multiplexes with a view to give Indian audiences a wider choice. 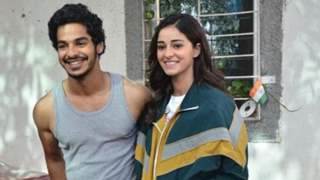