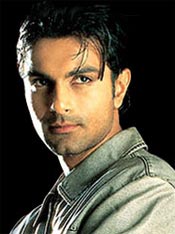 Bollywood has seen an increasing trend of actors trying to break into the Hollywood scene in attempts to gain international fame. The trend is now all set to continue with Amisha Patel's little brother, Ashmit Patel.

Rumour has it that Ashmit, along with Slumdog Millionaire actress Freido Pinto, will be starring in Andy Armstrong directed American Empire. Andy has previously directed Planet of the Apes, and has reportedly roped in Kevin D. Ward to write the script and Joao Fernandes of Conversations with God for the cinematography.

Ashmit currently has movies like Murder, Dil Diya Hai and Florida Road under his belt. Florida Road has even won several awards at international film festivals. When asked about the validity of the rumour, Ashmit said "I've been in talks for AE but nothing has been finalised as of now. As far as the rest of the starcast goes I have no idea."

We wish Ashmit all the best in his international venture!
0 Likes