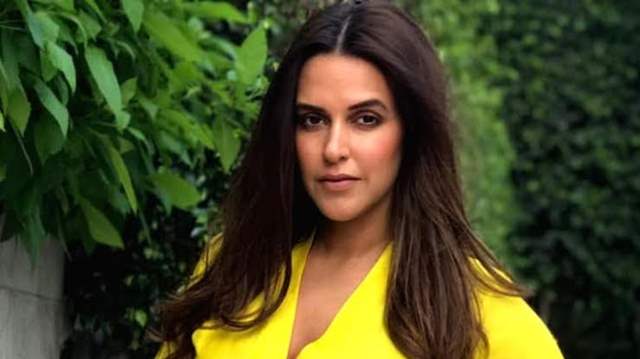 Bollywood actress Neha Dhupia has been actively spreading awareness about breastfeeding on social media from the time she gave birth to her first child in 2018 and how it needs to be normalised.

Neha, who is married to Angad Bedi, also has a daughter named Mehr.

The actress, who recently delivered her second child, took to her Instagram handle to share a picture of breastfeeding her baby boy.

In the picture, Neha is seen dressed in an all-grey outfit, holding her newborn as she breastfed him.

In an interview earlier with a news portal, Neha had said that just by having these conversations, she feels empowered.

The actress added that she is glad that she started that conversation two years ago because she feels that the second time around, it’ll be even better for her.

Elaborating further, Neha told that her intention is to make it easier for all the mothers.

The actress pointed out how new mothers have to look for nooks and crannies to breastfeed their child.

She also remembered about the time when she had to go inside the toilet of an aircraft because she didn’t want to make other people uncomfortable as she could sense that they were getting uncomfortable.

According to her, we should normalise it and stop sexualising it or making a big deal out of it. After all, it’s her child’s nutrition and she should be able to provide it in a most comfortable space.

On the work front, Neha Dhupia can recently be seen in Vidyut Jamwal's Sanak as and ACP.

Also she was seen in the short film Devi, alongside Kajol and Shruti Haasan. She also featured as one of the gang leaders on Roadies Revolution.