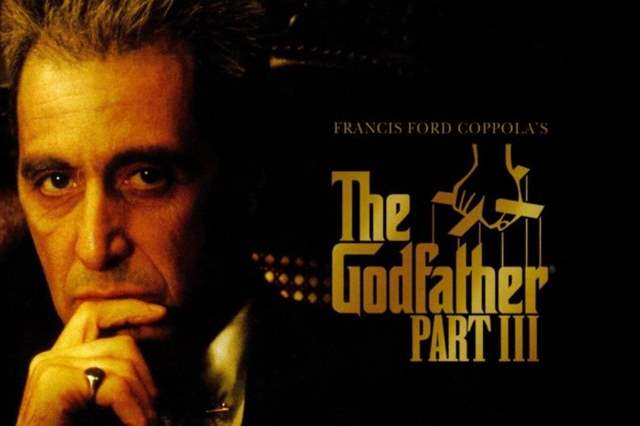 Director legend Francis Coppola always wanted another shot at The Godfather Part III where it wanted to shorten in places and strengthen it in others, and change the title. He has been tinkering with that for awhile, as he re-cut versions of other films including Cotton Club. But he always said he needed Paramount Pictures’ blessing. Today, the studio announced it will release his new edit and restoration under the title Mario Puzo’s The Godfather, Coda: The Death of Michael Corleone. The picture will be given a limited theatrical release in December, marking the 30th anniversary of the film’s release. It will then find its way to digital home entertainment platforms.

This means Coppola has now restored the films of his he believed could be improved, and his fervent desire is to get the chance to make the epic Megalopolis, which was close to a production start before it was derailed by the tragedy of 9/11.

“‘Mario Puzo’s The Godfather, Coda: The Death of Michael Corleone’ is an acknowledgement of Mario’s and my preferred title and our original intentions for what became ‘The Godfather: Part III,’” Coppola said. “For this version of the finale, I created a new beginning and ending, and rearranged some scenes, shots, and music cues. With these changes and the restored footage and sound, to me, it is a more appropriate conclusion to ‘The Godfather’ and ‘The Godfather: Part II’ and I’m thankful to Jim Gianopulos and Paramount for allowing me to revisit it.”

“Mr. Coppola oversaw every aspect of the restoration while working on the new edit, ensuring that the film not only looks and sounds pristine, but also meets his personal standards and directorial vision,” said Andrea Kalas, senior vice president, Paramount Archives.