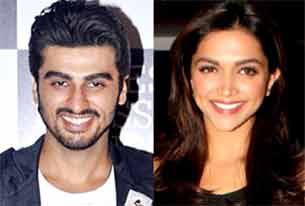 Set in Goa, "Finding Fanny" is a bilingual film about a man's search for his childhood love, Stefanie (Fanny) Fernandes, and how a group of dysfunctional characters go on a road trip with him to find her.

Producer Dinesh Vijan is excited about the way the film is shaping up.

"Homi has a talent for cinematic storytelling, giving us diverse stories - be it a 'Being Cyrus' or 'Cocktail' and now we have a gem of a film in 'Finding Fanny'. We are proud to add this wonderful, warm, quirky story to our stable. We are looking forward to partnering with Fox Star Studios, and hope to reach out to a wide audience globally," Vijan said in a statement.

For Vijay Singh, CEO, Fox Star Studios, the movie is a "very important addition to our exciting line-up for 2014.

"We believe in Homi's cinema and its ability to connect universally. We were blown away by the script and the film has lined up some of India's most exciting talent. We are committed to releasing it across the globe," he added.

For the director, "Finding Fanny" is a special project.

"I was offered some big 'Cocktail' type films after the success of it, but I really wanted to work on my own material and not just direct something for money," he said.

He has golden words of praise for all his actors.

"Naseer and Dimple are a riot to work with. Pankaj is incredible. Deepika amazes me with her constant growth as an actor and Arjun was a revelation surpassing my expectations. The performances have been selfless and fantastic."

"We all worked very hard but more importantly we had a blast and I promise you'll see this on screen," added Adajania.

'Shubharambh' Lead Akshit Sukhija Tests Positive For ...
a minute ago