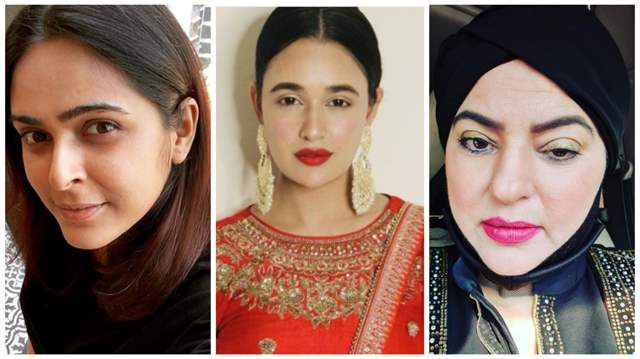 Bigg Boss 14 has certainly witnessed a hike in the numbers in the past few weeks especially after the entry of challengers. But even then if there is one thing that has constantly been talked about by everyone outside the house - it is how the sanctity of the show is lost where contestants are entering, exiting and re-entering and even re-exiting the show like fun. Nothing about the show's rules and regulations pertaining that is being considered. The show which has an amazing 13 year history had some loved former contestants come forward and react to this season being like a 'chaotic hotel' & 'boring' among other things in an interview with Times of India.

Yuvika Chaudhary, who came on Season 9 said, "I was feeling so weird when I was inside the house. I was not used to seeing so many people. Again when I came out I felt weird because by that time I had got used to see very few people around me. This is not Bigg Boss. It is just a hotel. Bahut aana jaana hai logon ka. It is not entertaining, it is simply boring. Pehle kisike aane ki khushi aur jaane ka dukh hota tha, woh cheez rahi hi nahi. I think the people inside know. Unlike choices last year when we had choices divided, it is very obvious this time who will win. And, I think everyone has also accepted Rubina as the winner, she is constantly at it. I have hardly seen 5/6 episodes till now."

Madhurima Tuli, a contestant from Season 13 said, "It's sad. Bigg Boss 14 is just a lot of chaos. It is very boring. I stopped watching it. You can't keep a count of who's in and who's out when you have so many random exits, entries and re-entries."

Rohit Verma, a contestant from Season 3 said, "I am watching it but it is very disappointing. Lekin haan, Rakhi's entry has added a lot to the show," and adds, "If I get a chance to enter this time, I shall add a lot more to it with my style, fashion and bitchiness. I think they need me."

Akanksha Sharma, who appeared on Season 10 says, "Does voting matter in Bigg Boss 14? "The only contestant with substance was Kavita. Otherwise, it looks like the same people are stuck in repeat mode battles. It is also clear that the contestants are picking up issues because the Creatives of the show must be asking for content. Rakhi Sawant is very entertaining and pretty genuine, Arshi tries to flip but she's too predictable. I would sum up Bigg Boss 14 as an overcooked dish. I wanted Rubina Dilaik to win but it seems like the channel has decided on her victory, so where's the fun if decisions are made in accordance to push one contestant and leave out the rest? So while I did relate with Rubina initially, the passion has started to wane and importantly, the curiosity is gone."

It is however Dolly Bindra's response that takes the cake as she said, "I heard that Dolly Bindra is entering Bigg Boss 14."

PHOTOS: Jasmin Bhasin and Aly Goni are all smiles as they head to ...