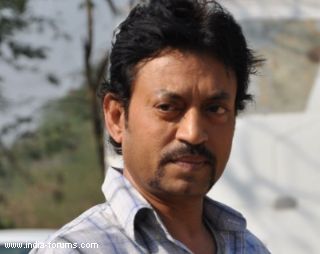 Actor Irrfan Khan, who plays the lead in a biopic on Paan Singh Tomar, a former national steeplechase champion-turned-bandit, says some former athletes asked for money to talk about the runner.

Since the research material on Paan Singh Tomar for the film of the same name was limited, filmmaker Tigmanshu Dhulia had to approach former athletes for more information on him.

"Research was tough as there was nothing on internet about him. He had set the national record twice. Despite this, there were no records of him and I fail to understand why," said Irrfan.

"Tigmanshu and his writers went out to research about Paan Singh but people were not ready to talk about him. There are some athletes on whom films are being made, they were more interested in talking about themselves. There are some who even asked for money to talk...So research took a lot of time," added the 49-year-old.

Irrfan himself had to go through rigourous physical training for the role, based on the life of the man, who ultimately left the army and the track to become a bandit.

"Once the script was written, I had to train myself for steeplechase under national coach Satpal Singh. I had to learn the dialect of Madhya Pradesh. I didn't have to learn to use the gun as my father had already taught me about it," said the actor.