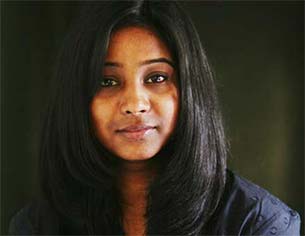 Singer Shilpa Rao advises that musically inclined youth must resort to formal training to gain a foothold in the music industry.

"I think the youth of today firstly need to learn music. That is something very important. Learning music and having knowledge of what you are doing is very important," Rao told IANS.

She believes the current lot of youngsters have an advantage with the myriad platforms available to them to showcase their talent.

"One great advantage in this day and age is that there are so many avenues that are open for any musician nowadays.

"There is internet, radio, television and live performances. I think there are so many avenues that any person who wants to be a musician today can go out there (and showcase their talent). Becoming a musician is not that much of difficult decision to make," she added.

This initiative was part of a campaign called Ray-Ban-Never Hide Sounds, an annual property of eyewear brand Ray-Ban. The campaign aims to find young music talent across the country.

Mentoring the six-piece group gave Rao the chance to learn a few things herself.

"Anything new that you do always gives you butterflies, but with every new experience you keep learning. With every new project you keep exploring yourself and growing.

"Even with this new band I have learned so much," she added.