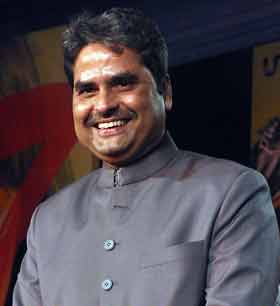 Filmmaker-composer Vishal Bhardwaj, who refused to screen his forthcoming co-production "Ek Thi Daayan" before a women's commission, says only the censor board has the authority to assess a film.

Directed by Kannan Iyer, "Ek Thi Daayan" is a supernatural thriller that revolves around a witch.

The National Commission for Women (NCW) summoned both the producers - Ekta Kapoor and Bhardwaj - after Ipsita Roy Chakraverti, a Wiccan priestess, filed a complain alleging that the film shows women in regressive roles. They wanted to see the film.

Chakraverti had also filed a petition to President Pranab Mukherjee, requesting him to ban the film as it promotes witchcraft.

However, Bhardwaj, says if Central Board Of Film Certification (CBFC) has given it a U/A-certificate, after that no one should question it.

"What is the position and value of censor board? When we take a film to the censor board, a committee watches it, rates the movie and it reaches the public. So what is the right of any other organisation to say that they want to watch the film? They have no such right because it is against the constitution of the country," Bhardwaj told reporters here Thursday.

"If you have the certificate of censor board, then no body has the right. I feel no organisation has any right to pressurise us to show the film. Unless the censor board says they want to do something to the film. In the committee, six out of seven people are women and if those six women have given a U/A certificate, then I don't think anyone should demand to watch the film," he added.