View Profile
Theatre doesn't pay but there are quite a few actors who are actively involved in it while at the same time doing Television or Films. These actors who take out time for theatre feel they have an eternal commitment to it.
While Television gives them their daily bread and butter, to perform in front of a live audience in theatre gives them the ultimate satisfaction as an actor.
Today is International World Theatre Day and on this day we bring to you some names who are popular in both the mediums today and are seen maintaining a perfect balance too. 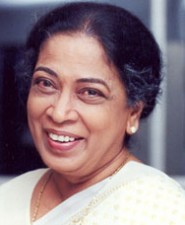 Sulbha Despande - This popular veteran Marathi actress is an acclaimed personality not only in theatre but also in films and Television. Currently, playing the role of aaji (grandmother) in Kehta Hai Dil... Jee Le Zara on Sony TV, she has portrayed a wide range of characters over her acting career spanning of more than forty years. She started off as a teacher in a school in Mumbai and soon became a leading figure in experimental theatre and also co-founded the theatre group Awishkar with her late husband Arvind Deshpande. Chandrashala which is the children's wing of her theatre group has mentored quite a few actors who have gone on to become big names in Bollywood. The noted actor has been honored with quite a few notable awards as she continues to shine and spread the sunshine. 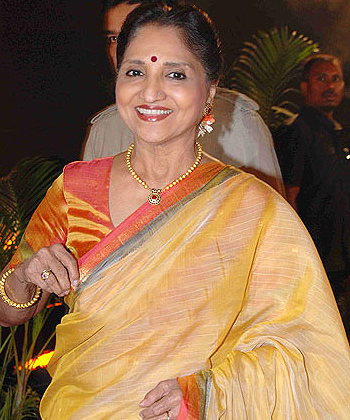 Sarita Joshi - She is the ultimate baa... we have seen her in various avatars on Television and the lovable grandma is indeed a pleasure to have around. Sarita Joshi, a noted name in Gujarati, Hindi and Marathi theatre has won many awards for her outstanding contribution to the drama world. While she has acted in many Television shows her role as the strict yet loving baa in the popular show Baa Bahu Aur Baby is most remembered. She was last seen in Bh Se Bhade sharing screen space with co-star Deven Bhojani yet again with whom she has done many plays too. 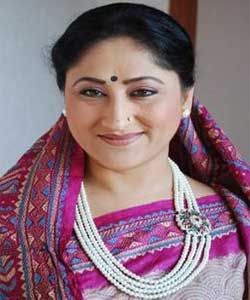 Jayati Bhatia - She is the strict Mataji on Sasural Simar Ka on Colors and has done many shows for Indian Television earlier too. The versatile actress however started off with theatre much before she got introduced to television with the show Ithihaas. Trained under the noted Ebraham Alkazi while studying in Delhi, Jayati dabbled into theatre all the time that she was studying. She went on to do plays both in English and Hindi like Going Solo, Mahatma V/s Gandi, Vagina Monologues, Mad about Money, Blame it on Yashraj, Khatijabai of Karmali Terrace (where she played a character which covered the range of 12 to 70 years) and some of these are still being staged. Jayati has worked with the biggies of theatre like Rahul Dacunha, Feroz Khan, Vikram Kapadia, Alyque Padamsee and Mahabanoo Kotwal. 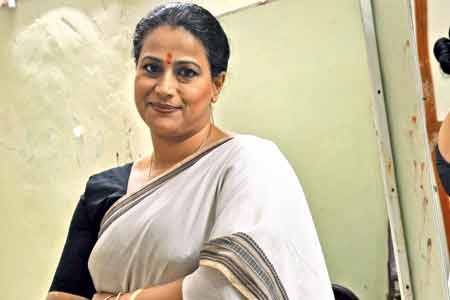 Mona Ambegaonkar - While on Television she is noted for her work in shows like CID., and most recently Kaisa Ye Ishq Hai... Ajab Sa Risk Hai Mona has been super active on theatre. She has worked with the likes of Nadira Babbar and Makarand Deshpande in India, the Footsbarn Theatre Company in France, the Ton Und Kirshen Theatre Company in Germany and at the Fringe festival in Edinburgh, Scotland. Choosy with her roles, Mona believes in doing quality work and is known to be a perfectionist at work. 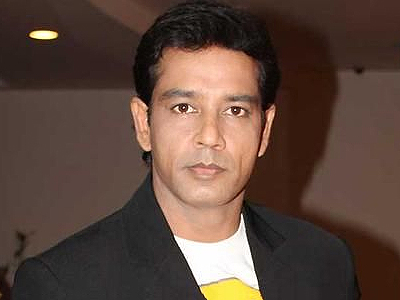 Anup Soni - An alumnus of the National School of Drama, Delhi Anup started working in Television shows and films but his love for theatre had to make him turn that way sooner or later. Currently, Anoop is popular for his role of Baapusa in Balika Vadhu on Colors and as an anchor on Sony TV's Crime Patrol while in theatre he is part of the Ekjute group's play Pencil se Brush Tak where he plays a young M.F. Husain. Anup met his current wife Juhi during the play and in fact Ekjute is formed by her parents the noted actor duo - Raj and Nadira Babbar. 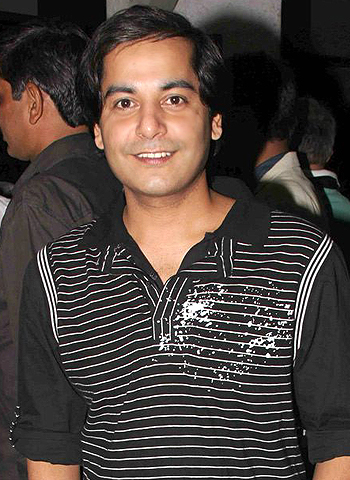 Gaurav Gera - Long before he shot to fame as Nandu in Jassi Jaisi Koi Nahi Gaurav used to perform with theatre groups in Delhi. After doing films and TV shows, Gaurav managed to stay true to his first love which was theatre as he continues to be part of the Jhumroo, a musical extravaganza where he plays the title role and sings, acts and dances as part of his character. Gaurav has always maintained that he has always liked to be an active in theatre and has found ways to make time for it by not taking much work in TV which is more demanding. Even when he was last seen in the daily show Mrs. Pammi Pyarelal on Colors playing the title role, Gaurav sneaked out of Mumbai every weekend to perform Jhumroo in Gurgaon. 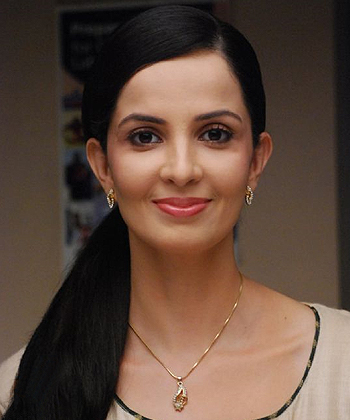 Rukhsar Rehman - While on screen she has recently done some negative roles like Dr. Maliika in Kuch Toh Log Kahenge and currently as Lavanya in Tumhari Paakhi Rukhsar too is interested in theatre. Her award winning play Yael Farber's Nirbhaya which is currently making waves has Rukhsar talk about her own experience and is getting rave reviews in India and on international platforms too. 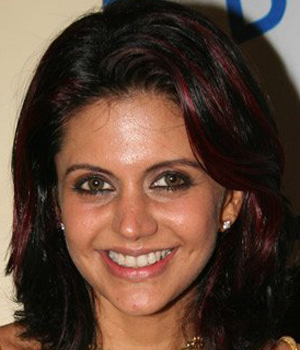 Mandira Bedi - She might be famous for her stylish avatar in noodle strap blouses and saris and come across as someone who is ultra-glam but Mandira is one actor who delves into theatre too. After becoming a household name with Shanti and doing films, Mandira tried her hand at modelling, anchoring and also veered towards theatre and has been actively involved in it. Mandira who has acted in plays like Laughing Wild and Anything but Love once also acted in a collection of ten short plays each of 10 minute duration where and ended up playing characters with ages varying between 30 and 75. Mandira who was last seen in 24 tele-series on Colors, continues with doing plays on the side and claims to be addicted to theatre. 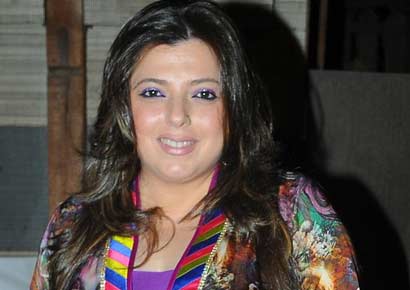 Delnaaz Irani - This ever smiling actress who has made her mark in Films and Television is a well known name in theatre and has acted in more than 25 plays. Delnaaz has dabbled in English, Hindi and Gujrati theatre and with her ever green persona managed to entertain the audience. Even as she continues being seen in shows like Kehta Hai Dil... Jee Le Zara on Sony TV and in Akbar Birbal on Big Magic, Delnaaz makes time for theatre and continues to be a part of it. 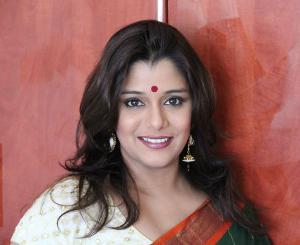 Kshitee Jog - Daughter of the talented theatre duo Anant Jog and Ujwala Jog from the Marathi theatre, Kshitee herself was quite active in theatre. After becoming popular in Ghar Ki Lakshmi Betiyaan on Zee TV, Kshitee went on to do popular serials like Aapki Antara, Maan Rahe Tera Pitaah and comedy in Sarabhai Vs Sarabhai. Currently she is seen in as Devyani (Naitik's step mother) in Yeh Rishta Kya Kehlata Hai. 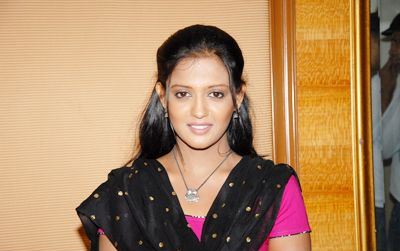 Gulki Joshi - This one from the younger generation has been part of theatre groups since her childhood days since both her parents are actively involved in theatre. Gulki too was part of the drama troupe of her college and immediately after finishing her graduation she set on to act in Television. Having done shows like Crime Patrol and Phir Subah Hogi, Gulki will soon be seen in Life OK's upcoming show Nadaan Parindey.

shreechana 6 years ago I really do hope to see you perform on the stage one again , the energy you bring to the stage is amazing . your petite frame overshadows all others on the stage the moment you make your entry .
Look forward to see you on stage again.

+ 2
7 years ago All the good actor comes from theater, i have not watched theater shows in real hope to watch it someday soon.

Gulki Joshi is an awesome actress.

7 years ago Sulbhaji is superb in the role of aaji in jee le zara!