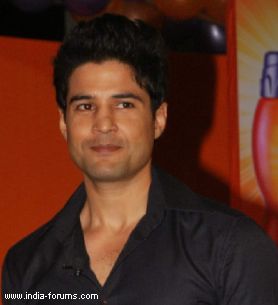 Rajeev reportedly ate meals five times a day and still lost six kg for Kaushik Ghatak's directorial due to the scenes he had to perform - proving that eating small but more meals in a day along with a bit of physical activity is good to keep one fit.

"When you talk about Rajeev, the first thing that can come to your mind is food, he eats everything possible! Since we were shooting for the film in the hilly locations of Himachal Pradesh, there was a lot of running and chasing scenes involved," a source said.

"By the end of it, Rajeev would run out of his adrenaline rush and hence lost almost six kg of weight," he said in a statement.

In the film, produced by Kavita Barjatya, Rajeev plays a private investigator, who sports long coats.

Recalling his experience, Rajeev said: "It was quite hilarious. I am a die-hard foodie and though I ate meals almost throughout the day, I lost quite an amount of weight due to which I had to wear even heavier overcoats so that I could look bulky," he said.

Gurmeet Choudhary and Debina Bonnerjee test positive for ...
11 minutes ago

exclusive
Exclusive Saqib Saleem: It breaks my heart to see Bollywood's ...
52 minutes ago

Bhumi Pednekar admits being Intimidated by Ranveer Singh; ...
54 minutes ago