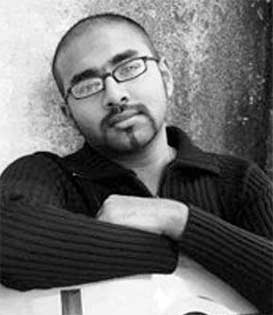 Independent music artist Nucleya aka Udyan Sagar, who had collaborated with singer Benny Dayal for the song "Tamil Fever" for the second season of Sony's Project Resound, feels it was the fondness for south Indian music that brought them together.

"With Benny and I, the best thing is that we both have great fondness for south Indian music as well as electronic music, which benefited the song to a great extent," Nucleya told IANS.

"I think it's important to have an understanding of different genres of music. Also, one should be open to explore and experiment with different sounds," he said.

"Tamil Fever" is a rendition of "Indian street music with global bass music".

"We believe that Indian street music has great potential. With 'Tamil Fever', we created the international dance music genre. I wrote the composition and presented it to Benny and he came up with the vocal melody. Soon after, we were jamming and the basic song idea and arrangement didn't take much time," he said.

Nucleya says the song is intended to "promote the energy and emotions in the music", but not the language.

"I have been playing a lot of south Indian music for the past two years and I have realized that it's not about the language. I don't look at language and music separately; I look at it as one genre which I would like to promote globally," he said.

He, however, says understanding this new genre of music was not easy.

"I had to spend a lot of time understanding the genre - like how the drums are programmed and what tempo is the best. It took me time, but it seems like I got it right. I also pride myself for creating very unique south Indian melodies which fill a void in the music that the industry currently comes out with," he said.

Known for songs like "Akkad bakkad" and "Chandan sa badan", Nucleya said: "'Tamil Fever' was the easiest track I have ever worked on with a difficult message to deliver".

He feels an initiative like Project Resound offers artists lot of "creative freedom".

"It's very rare that an artist receives support to create something which is so unique. Sony gave us full creative freedom to do whatever we wanted. They gave us a platform to deliver the message of 'Purity of Sound' to our audiences," he said.

"They have put this track and its accompanying music video on a global platform and that means we have a huge audience now," he added.

The second season of Project Resound brings together four of India's most popular and critically acclaimed indie musicians, including Pentagram, Nucleya, Midival Punditz and Kutle Khan and The Karsh Kale Collective, who will collaborate to create four exceptional tracks.

The campaign will help music enthusiasts across India in experiencing the rush of pure sound.