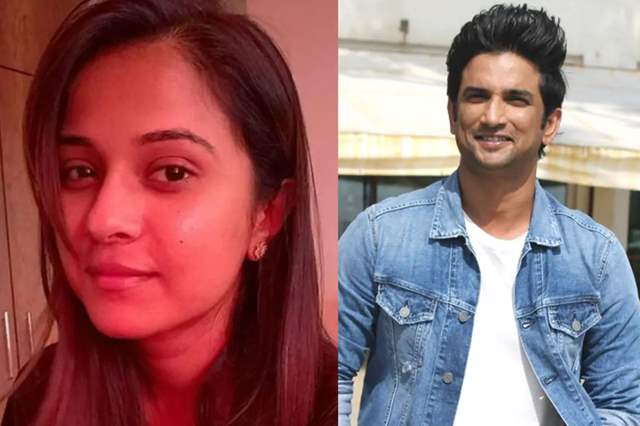 Where there were updates about the on-going investigation pertaining actor Sushant Singh Rajput's death, they used to arrive on a daily basis but it seems that things are seemingly on fast-track where new updates are arriving faster than we can expect. Apart from the whole saga surrounding Rhea Chakraborty's involvement in this ordeal, there have also been links pertaining to Rajput and ex-manager Disha Salian's death.

As known, Salian died after reportedly falling off the 14th floor of an apartment in Malad, 10 days before Rajput committed suicide.

Now, Bihar Police has been probing Rajput's death and there have been several updates pertaining the same too. Now, according to a report in Republic, file reports that had the details of Salian's case have been 'mistakenly' deleted by Mumbai Police. Sources said that the folder with details of Sushant’s ex-manager Disha Salian’s suicide investigation has been deleted ‘by mistake’. This development was reported by the portal after the Bihar Police requested Mumbai Police to provide them with details of investigation into Disha Salian’s death, which took place a few days before Sushant’s death.

The report in Republic also states that Bihar Police sources confirmed that the case folder consisting of details of Mumbai Police’s investigation into Disha Salian’s suicide has been mistakenly deleted.

It states that it was on Saturday that Bihar Police team went to Malwani Police Station to inquire about Disha’s alleged suicide, and while at first, the Mumbai Police investigating officer shared details, but after he received a call, Bihar Police team was told that the folder with details of Disha Salian has been ‘inadvertently deleted’ and that they can’t find it.

basherz 13 days ago if the folder was deleted by mistake restore it, not a big deal. There are no.of softwares through which you can restore for free as well or give the HDD to an engineer & get the data. If the data is on a server, ask the webhost to restore the old data - many hosting companies hold data from 1 week to 30 days. Where there is a will, there is a way !

...EhSaas... 13 days ago kya se kya Bana diya Mumbai police ko :( to whom you want to save? Please remember your duty and stop being puppet and be a police and serve the justice.