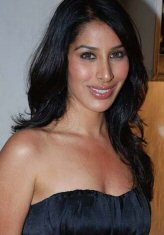 Mamta Sharma, chairperson of the National Commission for Women, feels that women should not be offended when they are called "sexy" by guys, but model-actress Sophie Chaudhary says Indian men should first learn how to compliment a woman.

"I don't think there is anything wrong. But there is a way of saying everything and that's something, unfortunately, our Indian men need to learn," she said while attending the Lavasa Women's drive initiative rally.

For Shazahn, 'Housefull 2' set was full on masti

Actress Shazahn Padamsee is excited about her upcoming film "Housefull 2" and describes her time on the sets as full of life minus serious moments.

"Sajid Khan is someone who cracks a lot of jokes. There is never a serious moment on the sets. If you are an actor in a Sajid Khan film, you will get picked on the whole time. So, that is a part-and-parcel of working but it has been an amazing experience with a lot of fun, lot of craziness and the film is looking fantastic and I am really excited," she said.

The 24-year-old was talking on the sidelines of the NGO Alert India's annual award function.

Pakistani actress Veena Malik confirms that her reality show "Veena ka Vivah" is on and that she would love to get married if she finds the right guy.

"Swayamvar is happening and very much happening. I seriously wish that I find my Mr. Right on 'Swayamvar' and I am sure I will find him. If I do find him on the show, then I will definitely go for marriage," said Veena at her birthday celebrations Sunday.