View Profile
It was recently confirmed that the much awaited Ajay Devgn starrer Son of Sardaar will finally be hitting theaters this winter on 13th November. The highly anticipated film is directed by Ashwin Dhir, and Ajay will be seen sharing the screen with the Dabangg lass Sonakshi Sinha. 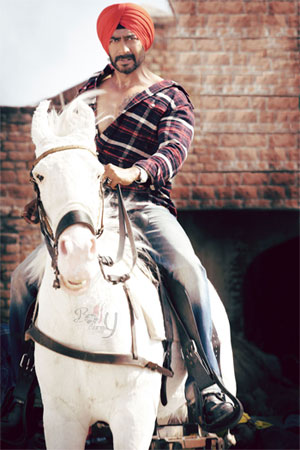 Now, the launch announcement has been followed up with a poster featuring the first look of the film. The very suave and sophisticated Devgn is seated on a horse, and though he doesn't don the avatar of 'Punjab Da Puttar' all that often, it suits him to a T!