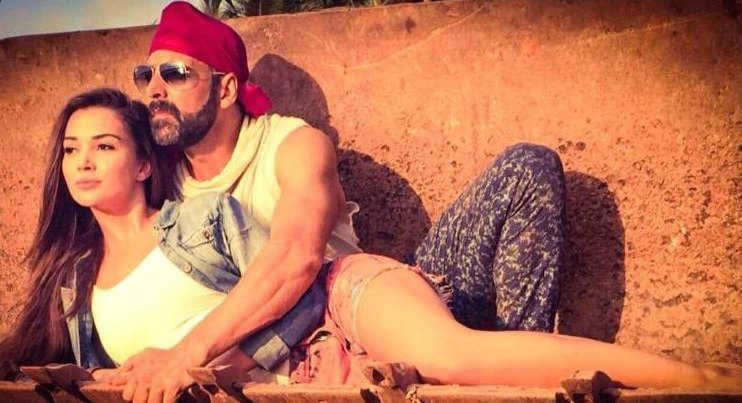 Bollywood's 'Khiladi', Akshay Kumar has wrapped the shooting schedule of 'Singh is Bling' in Goa yesterday. Director Prabhudheva has unveiled the first look of Akshay Kumar and Amy Jackson from his upcoming film 'Singh Is Bling'.
He took his twitter handle to reveal the first look of Akshay and Amy Jackson. He tweeted, #1stLookOfSinghIsBliing @akshaykumar @iamAmyJackson with a picture!
The picture sure looks cool! This is not the first time we will see Akki as Punjabi, Singh is King, Namastey London, Patiala House are some movies in which Akshay portrayed himself as Punjabi Munda!
Singh is Bling is an upcoming movie directed by Prabhu Deva starring Akshay Kumar, Amy Jackson and Lara Dutta. Akshay and Prabhu came together after Rowdy Rathore, which was a box office hit!

+ 4
5 years ago looking superb Akki.. always love when you speak Punjabi.. would love to see Lara once again with you..