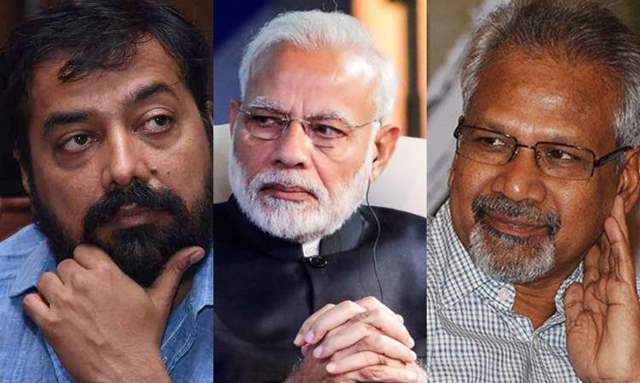 In a recent development, an FIR has been lodged against these 50 dignitaries after Chief Judicial Magistrate Surya Kant Tiwari passed an order over the petition filed by a local lawyer Sudhir Kumar Ojha. "The CJM had passed the order on August 20, accepting my petition upon the receipt of which an FIR was lodged today at the Sadar police station here," Ojha said as reported by News 18.

Advocate Sudhir Kumar Ojha filed a petition against the celebrities for allegedly 'tarnishing the image of the country and undermining the impressive performance of the prime minister'.

The report further added that the FIR was lodged under sections of the Indian Penal Code, including those relating to sedition, public nuisance, hurting religious feelings and insulting with an intent to provoke breach of peace, as stated by the police.

In the letter penned by the celebs, the signatories had mentioned about the 840 instances of lynching and the trauma it caused. “The lynching of Muslims, Dalits and other minorities must be stopped immediately. We were shocked to learn from the NCRB that there have been no less than 840 instances of atrocities against Dalits in the year 2016, and a definite decline in the percentage of convictions,” read an excerpt of the letter.

The letter also mentioned that the phrase ‘Jai Shri Ram’ is being used as a symbol of ‘war cry’, “These are not the Middle Ages! The name of Ram is sacred to many in the majority community of India. As the highest executive of this country, you must put a stop to the name of Ram being defiled in this manner.”