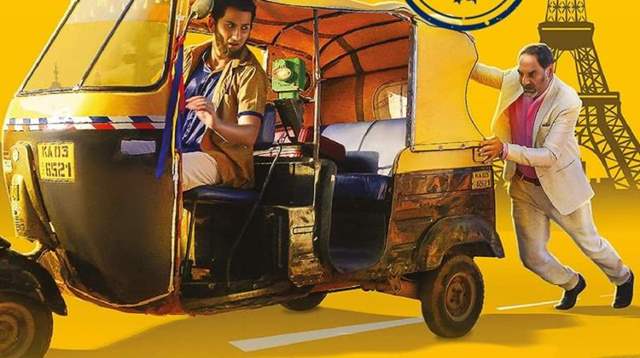 French Biryani is an upcoming Kannada film which is all set to have its direct to OTT release on Amazon Prime Video. With such a huge wave of fresh content and concepts brewing back to back on Amazon, the audience is truly thrilled to watch another light hearted action comedy.

With less than 24 hours for the film to finally release and here's an unknown fact about the director that will surely blow your mind and also tell you why the team is an 'A team'.

A good sense of humour can always lift up the mood of the people around you while a bad one can just be a huge miss. Acing it by capturing the minds of the audiences and making them laugh is a whole talent which the stand up comedians Sal Yusuf and Danish Sait have mastered but did you know even the director Pannaga Bharana has a great sense of humour and have shared a great laughs and so much more on sets which has in turn resulted in a great chemistry and pheonomenal on-screen performances.

The trailer had also created quite a stir and has crossed over 2.8 Million views in just 24 hours which is huge for any Kannada film.

Directed by Pannaga Bharana, French Biryani is produced by Ashwini Puneeth Rajkumar and Gurudath A Talwar under the banner of PRK productions.

The action comedy drama stars comedian Danish Sait as Asgar portraying the role of an autorickshaw driver in Bengaluru alongside Sal Yusuf as Simon. The film is all set to release on 24th July 2020.