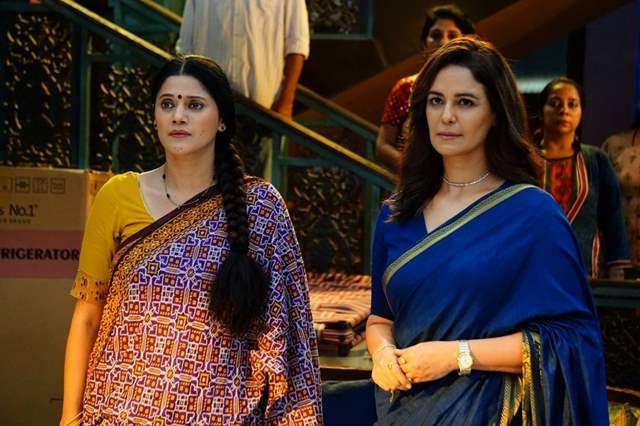 Sony SAB’s Pushpa Impossible has imprinted itself in the audience’s hearts and minds not only because of its heart-warming narrative but also because of its strong female protagonist, Pushpa Patel (Karuna Pandey), a hardworking and honest single mother. Pushpa is currently engaged in a legal dispute against her landlord, Bapudra to reclaim her home and her honour. Advocate Damini Mehra, played by Mona Singh, will assist her in winning this battle.

The highly competent attorney Damini Mehra is well known for her high success rate and her equally high fees. After learning about Pushpa’s legal dispute against Bapudra regarding her lease agreements and defamation, she decides to help Pushpa fight the case. Pushpa had unknowingly helped Damini's daughter in the past, thus she decides to reciprocate by to this act of kindness by taking on Pushpa's case free of charge.

The Jassi Jaissi Koi Nahi star Mona Singh is highly acclaimed for her work in 3 Idiots, Kya Hua Tera Vadaa, Kehne Ko Humsafar Hain and many others. After a six-year long break, she is back in the game, dazzling us with her portrayal of an advocate in Pushpa Impossible. Her entry is going to bring forth a lot more dramas and twists in the upcoming episodes.

Mona Singh, who plays the role of Damini Mehra says, "I’m really excited to be a part of such a great show and work with such a talented cast. It’s my first time playing the role of an advocate and I have to say it’s really intriguing. Damini is a highly empowered woman and the best in her profession and it’s humbling to play such a character. Pushpa Impossible is a highly inspiring and heart-warming show and playing a lawyer for Pushpa, a strong and brave woman, helping her win a battle to save her house and dignity feels very empowering.

+ 9
1 months ago Sooo excited for this sequence;!

+ 3
1 months ago excited to see Mona back on screen