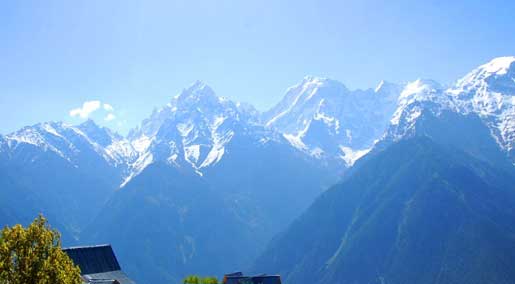 The wildlife department has decided to give one last chance to the acclaimed filmmaker to seek his view over the inordinate three-year delay in completing four sets of documentaries of 30 minutes each, a senior official told IANS.

The government has made a partial payment of Rs.40 lakh to the filmmaker out of the total mutually agreed amount of Rs.69 lakh. IANS repeatedly tried to reach Pandey on email and telephone but could not get to him.

The government has also decided to initiate departmental proceedings against the officials responsible for allocating the documentaries to the filmmaker, the official told IANS.

"The government has decided to have one last negotiation with Pandey to seek his views on shortcomings pointed out by the wildlife department," said the official who did not want to be named as he is not authorised to speak to the media.

Official sources said Sanjeeva Pandey roped in the filmmaker, who is known for documentaries like "The Last Migration - Wild Elephant Capture in Sarguja" and "Shores of Silence - Whale Sharks in India". He has also won over 300 awards.

The Rs.69-lakh budgeted documentaries was given to Pandey in 2010 by the then Bharatiya Janata Party government. As per the memorandum of understanding (MoU), they was to be completed within two years.

Bharmouri told IANS that disciplinary action for the delay in completion of documentaries would be initiated against the erring government officials. He said he had already put a note on the file.

Official sources said the inquiry was conducted by Indian Forest Service officer C.S. Singh because of alleged largescale financial irregularities in the allocation of documentaries.

Besides the highly-endangered pheasant species, the filmmaker is to showcase Pong Dam wetlands, one of the largest man-made wetlands in northern India; the Great Himalayan National Park Conservation Area, India's richest biodiversity spot in the western Himalayas; and the high-altitude glacial-fed Chandertal in Lahaul-Spiti district.

Himachal Pradesh is known as a store house of biodiversity. Its lush green valleys and snow-capped mountains nest 36 percent of India's bird species.

(Vishal Gulati can be contacted at [email protected])