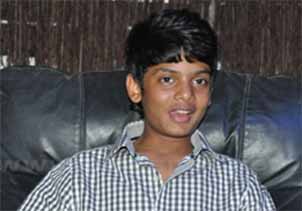 "Puri's son Akash will play the younger version of Balakrishna in the film. I had seen his performances in other films and I thought he would be apt for the role. We are yet to shoot with him but I'm confident that he will do well," the film's director, Boyapati Srinu, told IANS.

Akash made his cinematic debut as young Ram Charan Teja in Telugu action-drama "Chirutha", which was directed by his father.

He has also played younger versions of Mahesh Babu and Pawan Kalyan in "Businessman" and "Gabbar Singh" respectively, and he has played the lead in Tamil-Telugu bilingual film "Dhoni".