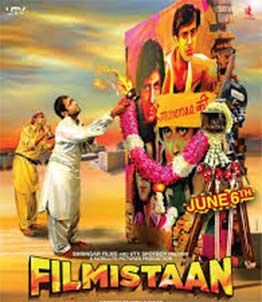 Nitin Kakkar's National Award winning film "Filmistaan" has managed to generate better business on the fourth day since its release than it did on its opening day.

"Filmistaan" that explores India-Pakistan relationship with comic elements had collected Rs.51 lakh when it hit the screens. It picked up over the weekend and is still doing well.

The movie, featuring Sharib Hashmi and Inaamulhaq, has also been appreciated by celebrities like Amitabh Bachchan and Vidhu Vinod Chopra.