Ranbir Kapoor and Priyanka Chopra make it to the cover page of the September Filmfare issue, in perfect time preceding the release of upcoming movie, their first together, Anjaana Anjaani, on October 1st.

Tagged as 'tinsel town's hottest couple' by the magazine cover, the actors, who have come to be thick mates while shooting for this movie, present a picture perfect of a comfortably fashionable youthful couple. 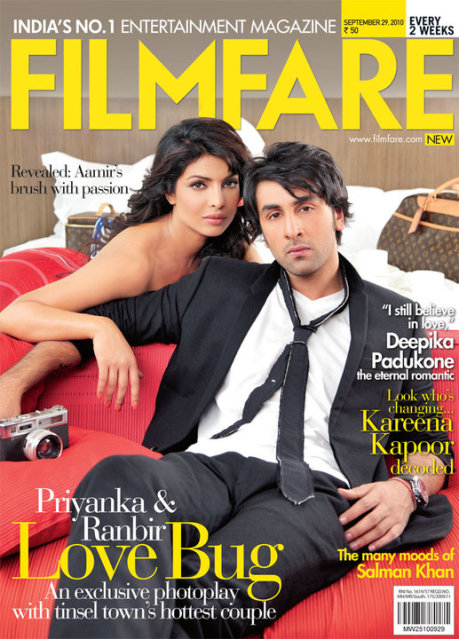 The movie, which was initially slated for a September 24th release, was shifted ahead when the date clashed with Ayodhya verdict hearing, which eventually came about to be postponed itself to September 28th.

With the music album's release being an enormous success among the masses, Anjaana Anjaani is among the most awaited releases for 2010.

To catch more of the charming lead couple, don't forget to grab yourself a copy of the latest Filmfare!