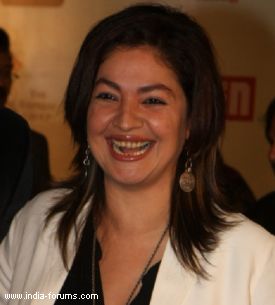 From Shah Rukh Khan to Akshay Kumar and Saif Ali Khan, several A-listers have stepped into film production, but the job is not just about "money", says actress-turned-filmmaker Pooja Bhatt.

Pooja, daughter of veteran filmmaker Mahesh Bhatt, posted: "Don't get fooled by the size of someone's office. Determine their worth by the ideas they generate and their capacity to be ahead of the times."

"Ninety percent of Bollywood feeds off the 10 percent, who have the capacity to generate the idea and get the film made. Money is a mere component of filmmaking. As for stars turning producer today, most are mere figureheads."

"Making and maintaining budgets, handling a set is not everyone's cup of tea," she added.

"Very few people cast with their instinct and heart. Most use brains they don't have. I follow the norm my father set. Create stars. Don't chase them. And if they turn into monsters, like some are prone to do, move onto the next," she said.