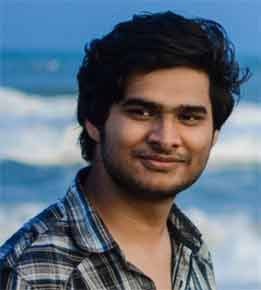 "Dreaming With Sand" will compete with four other films and if it wins, it will be premiered at the 2015 edition of the festival, starting Jan 22.

"Sundance is one of the largest independent film festivals in the United States. It takes place every year in the Park City of Utah. My docu-fiction 'Dreaming With Sand' has officially entered the festival, the result will be out Oct 1," Sampad told IANS.

"In the docu-fiction 'Dreaming With Sand' I have shown Pattnaik's journey from being in a financial predicament to rising into one of the greatest and critically acclaimed sand artists on the planet today," he added.

At 22, Sampad, an independent filmmaker from the city, has made three short films under his production house Incendiary Films on offbeat topics.

The theme of this year's fest was to create an inspirational story that would show an individual or a community overcoming poverty or hunger.

"When I first read the theme, the first person that struck my mind was Sudarsan Pattnaik as I had heard about his struggle," said Sampad.

"Everybody knows him as a famous sand sculptor, but the real inspiration lies in his past life and very few people know about it. Pattnaik himself has lent his voice in the film," he said.