When Baby (2015) released earlier this year, and opened to critical and commercial acclaim, it marked a genre that does not routinely produce blockbusters. Most Hindi spy movies in recent years, particularly in the absence of a big name star, have done only moderately well at the box office.  Kahaani (2012) was a reasonable success but it was driven more by the protagonist's personal agenda and cannot particularly be called a spy movie. Ek Tha Tiger (2013) was driven by Salman Khan's persona onscreen. The espionage theme remained overshadowed. Yet, spy movies are not entirely new to Bollywood and have been around since the 1950s.

In fact, they were particularly robust in the 1960s. Driven possibly by patriotic sentiments in the light 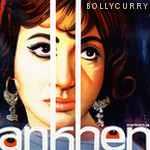 of the wars against Pakistan and China, movies like Aankhen (1968) came to the fore. Ramanand Sagar's Dharmendra starrer Aankhen was a spectacular hit, and became the first spy movie that was shot abroad. It follows a group of civilians that form a non-government group and decide to stop terrorist missions in Assam post independence. Sunil, played by Dharmendra, is sent to Beirut as a spy where they suspect arms shipments are being sent. It is as much about espionage as your typical Bollywood film, peppered with lovely songs. But Aankhen was a landmark and is seen as the pioneer of Hindi spy movies.The 1979 thriller The Great Gambler did reasonably 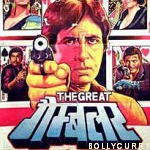 well at the time of release and has since achieved cult status. The story revolves around Jai, played by Amitabh Bachchan, who is an expert gambler and hence hired by an underworld don to extract money from rich people so that their services can be used to the don's own benefits. Jai agrees and the film starts. Throw in Inspector Vijay (also played by Amitabh Bachchan), some well-shot action scenes, and some shots taken in locations including Cairo, Venice and Rome, and what you get is a spectacular film.Spy films became more prominent in the last decade or so. Sriram Raghavan took on the theme 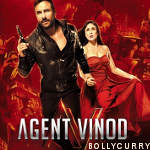 in his 2012 film, Agent Vinod. The film borrows its title from the 1977 film. It follows Saif Ali Khan as a RAW Agent as he embarks on a secret mission around the globe after his colleague Rajan is murdered, through a series of connected events. It takes him to Latvia to Karachi to London. The film certainly is well shot and the quality of production impressed critics. Yet it failed to truly enthrall as a film of its genre should.Madras Cafe (2013), directed by Shoojit Sircar and 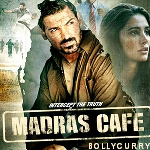 starring John Abraham and Nargis Fakhri, chronicles the events leading to the assassination of former Indian prime minister Rajiv Gandhi. With the Sri Lankan Civil War as the backdrop, the story follows Major Vikram Singh as he is sent to Jaffna to head operations after the Indian peace-keeping force is withdrawn. There he uncovers the conspiracy to assassinate Rajiv Gandhi. While dry at times, the film is grounded in reality and presents a grave picture of a mission that ends with no winners on either side.BABY (2015) throws most Bollywood quirks out of the window and what it brings to the table is a fast 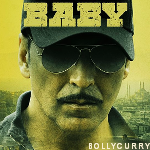 paced, if slightly emotionless, and totally smart spy thriller. It follows a group of secret agents lead by Feroz Ali Khan (Danny Denzongpa), who form a temporary task force called "Baby". The team wants to find and eliminate people planning terrorist attacks. The movie is certainly a well-shot and well-enacted film, with an excellent performance by Akshay Kumar. It's straight-forward take on terrorism worked well for it. There are also purported reports of a sequel in the making.

What perhaps has been a common thread so far in the genre of spy movies is the lack of women in leading roles. Barring Kahaani, which again is not truly a spy film, it seems a little incredible that so few films in the genre have put a woman centre-stage. Though we truly must praise Aankhen for Mala Sinha's role, which was as much a centre-stage role as any yet. However, this illustrates the incredible potential of the genre that remains still. So here's hoping to see more women-centric and inclusive spy films in the future.

+ 2
5 years ago Mala Sinha was fantastic in Ankhein!!!!I truly love Ankhein for not just a woman who has the guts to make the first move in love but also a woman who matches up to the hero in their work!!!!