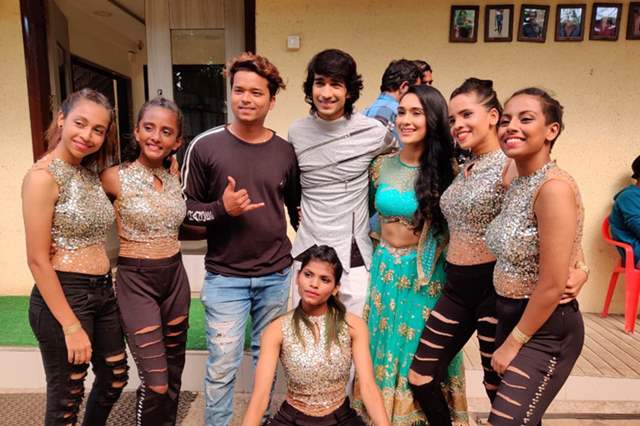 World of dance champion Shantanu Maheshwari and his baliye Nityaami Shirke have been quite the dance champs in the ongoing season of Nach Baliye9 with their dance swag, uniqueness amazing youth appeal and groovy dance moves!

Owing to the show's upcoming format this weekend, the duo will be seen performing their very own solo acts, both which are supposedly said to be quite beautiful! Shantanu who is the 'king of solo dancing' as stated by judge Raveena will be seen delivering an emotionally beautiful act about a dancers journey and life! Supposedly not only were the contestants and judges in awe of the act, but also a couple of female fans who had come to watch him perform!

The girls were so touched by his lovely performance that not only did they also put up a small act for him on stage which he really enjoyed watching, but also thoroughly complimented their dancing idol, whom they have been inspired and motivated by to begin their very own dance journey.

While Shantanu got very emotional on hearing about how he was their inspiration for them to introduce dance into their lives, the girls even made Shantanu autograph a pair of one their shoes, stating that shoes are the most important aspect of a dancers life, and that this is one pair they are going to keep in their rehearsal hall while rehearsing for performances!