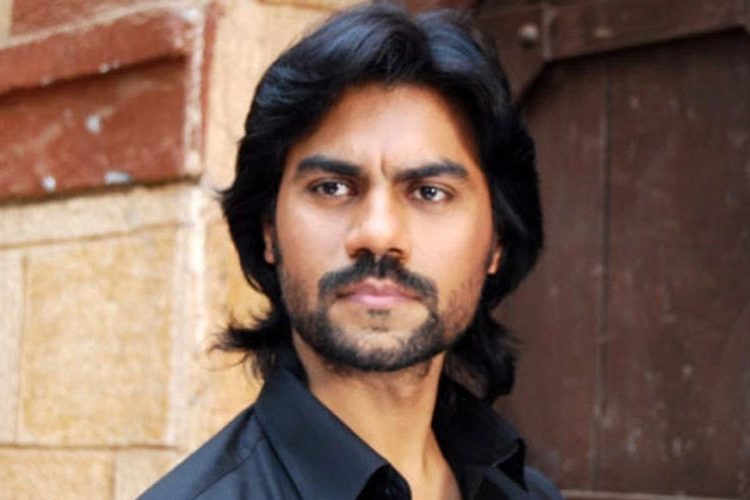 Actor Gaurav Chopra, who is gearing up for the stage production of Devdas, a recreation of the eponymous classic novel, says he almost felt like he was starting from scratch as a performer as the process of acting in theatre is quite indulgent.

The story of Devdas has been adapted from the novel for the big screen time and again, and performed by icons like Guru Dutt, Dilip Kumar and Shah Rukh Khan. Filmmakers like Anurag Kashyap and Sudhir Mishra also made films like Dev.D and Daasdev.

Asked if he got influenced by the film adaptations of the original story and character, Gaurav told "It is very easy to get influenced by those iconic actors like Guru Dutt, Dilip Saab, Shah Rukh and when you grow up watching their acting, you tend to somewhere bring that in your performance."

"But I would say that the beauty of the script and direction of Saif Hyder Hasan is that, my performance is not influenced by anybody. It feels like in 'Devdas' I started from scratch as an actor."

He says the rehearsals for the show have been on for the last six months.

"Theatre is a very immersive and indulgent process. I went back to the boy Gaurav to search for the character within me It is a pretty addictive process. The whole team put in our effort in a manner to make people believe that 'Devdas' is meant to be a stage production," said the Uttaran fame actor.

Devdas is a musical stage drama produced by AGP World. National Award-winning art director Omung Kumar has designed the set for the play, whereas singers like Alka Yagnik, Antara Mitra, Shaan, Suresh Wadkar are lending their voices for the songs.

Manjari Fadnis will be narrating the character of Chandramukhi and the choreography will be done by Shampa Gopi Krishna and Bertwin Ravi D'souza.

While rehearsing the play has made the actors sharpen their performance, according to Gaurav, "It is very important to make sure that the play should not look mechanical due to long rehearsals. Every day we are practising scenes for hours and when leaving for home, we are thinking about the play only."

"But we are trying to make sure that the freshness is there in every show that we will do every time," he added.

The play will be premiered at the Jamshed Bhabha Theatre, NCPA here on Friday.

Having started his career in television in 2004, Gaurav has appeared in several television series and acted in Hollywood movie Blood Diamond. That apart, he was one of the contestants of reality television show "Bigg Boss" and acted in the web series Four play and Love Lust & Confusion.

Why doesn't he try his luck in Bollywood?

"After working in the industry for some time, it becomes difficult to start all over again. Since I have worked in television, people tend to slot me. I have always been very choosy on my shows, roles and appearance."

"Since my work is appreciated by the audience, I believe that good work should lead me to get more quality work. Not that I cannot approach people to work with me, it is just that I want people to give me work based on merit," said the 39-year-old actor.

Besides, he said he is not one of those actors who will jump into a project because it is a film and an opportunity to appear on the big screen.

"I do not discriminate between mediums," he said.

Asked who is the filmmaker he wishes to collaborate with as an actor, Gaurav said "Well, Sanjay Leela Bhansali would be a dream to work with. I like Dibakar Banerjee's work and would love to work with Vishal Bhardwaj and Rajkumar Hirani."

"But all I know that when the right time and opportunity comes, I will get it. Until then, it is all in desire."

Alka Yagnik reveals how music helped her heal from her father’s loss ...

Athiya Wishes Daddy Dearest Suniel Shetty in a Loved Up ...
9 minutes ago

Mika Singh dons two hats for MX Exclusive Dangerous, one of ...
19 minutes ago

Sushant’s father KK Singh was Concerned about his ...
26 minutes ago

Abhishek Kapur on Janmashtami: Be it dressing up as Krishna ...
29 minutes ago

review
Review Shivangi Joshi and Mohsin Khan bring out the romance in ...
46 minutes ago

"We’ve all Seen Our Worst as Humanity this Year": Ali Fazal
56 minutes ago