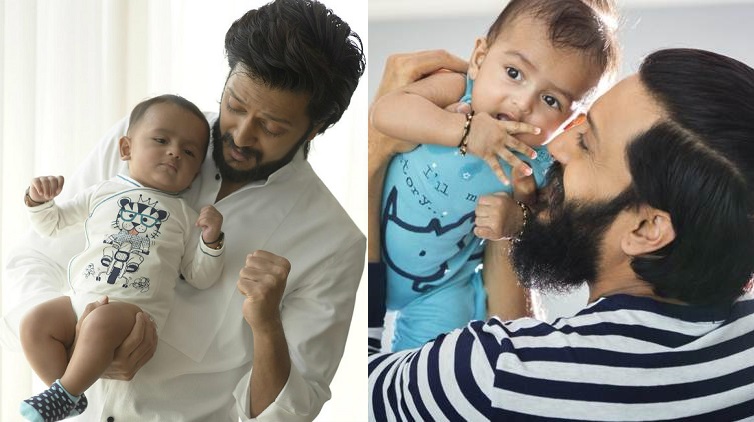 He married his girlfriend and actress Genelia Deshmukh in 2012 and is now a proud father of two sons -- Riaan and Rahyl. Actor Riteish Deshmukh says stepping into parenthood has helped him evolve as a person and made him more grounded.

"It (fatherhood) makes you more grounded. You become a family man once you are married, but once you are a parent, you understand the gravity of it. I think it's a wonderful feeling. The best thing that can happen to any individual," Riteish told IANS over phone from Mumbai.

Riteish, son of former Maharashtra Chief Minister Vilasrao Deshmukh, has been in Bollywood for over a decade.

"I think I have been really lucky that I am here and people have been extremely tolerant to have me on screen trying to entertain them. I feel blessed to be here and I think 14 years is a long time. I am glad that I am still acting," he said.

Coming from an influential family background, was there any struggle Riteish faced?

"Everyday is a struggle. Every person has a different kind of struggle... I have had my own struggles in terms of trying to do films. Films working, not working... Then struggle with a scene while doing it... Struggling playing a villain, doing action," said the 38-year-old actor.

However, he treats it all positively.

"I think that's the fun part of our job. You struggle through everything and you are able to go home and say that 'It was a good day'," he added.

Riteish has mostly been seen in comedy films like "Kya Kool Hai Hum", "Heyy Babyy", "Dhamaal", "Housefull", "Housefull 2" and the "Masti" franchise. The actor is now gearing up for the release of his upcoming film "Bank Chor", a comedy entertainer directed by Bumpy.

Asked about his opinion on critics of mad-cap comedies, he said: "Everyone has their own choice... There are different kind of comedies and one needs to be okay with it."

Riteish was also lauded for portraying a negative character in the film "Ek Villain".

Would he like to play a negative character again?