Actress Neha Dhupia who is currently in MTV India's Roadies: Rising as one of the gang leaders showed up at an event in Delhi. Neha Dhupia who is otherwise known for her spectacular style failed this time around. We have seen her donning amazing biker chic attires on the show and have never complained about her off-screen ensembles too. However, this time her style was quite a train wreck.
You have to see what she wore. Note: We warn you, you won't be able to look away! 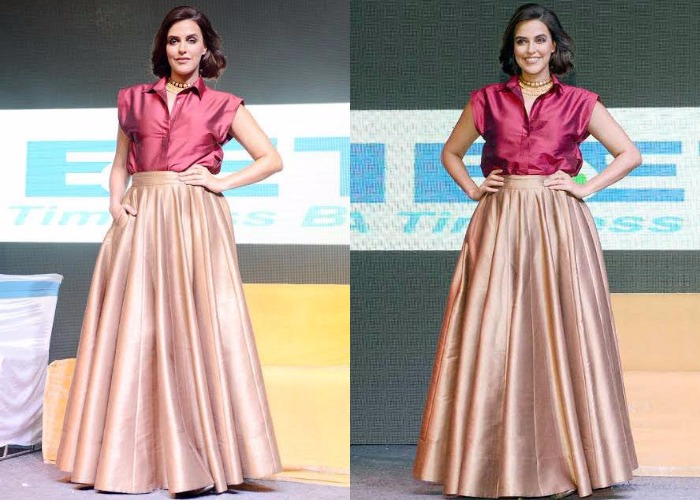 She walked into the promotional event wearing this! The outfit comprised of a long skirt with a tucked in shirt. What really created an eyesore were the colours. It was a mix of gold and a shade of maroon that didn't really agree with each other. To finish the look, the actress wore a gold choker necklace and her hair in a long bob.
We're cringing at the mass of satin that created this Payal Khandwala number!
The actress also posted a video thanking her fans for all the love she received on the show and it gives you a clearer look of the satin material.
What do you think?