View Profile
Gone are the days when Bollywood used to look down at the television industry. These days television has become a popular platform for Bollywood to promote itself, with both sectors well on their way to form a very close and strong bond. An example of which was the recently held IAA Awards and COLORS channel party which was attended by many B-town stars. Fashion Police takes a look at our beloved celebs to review and critique their appearances under our fashion radar. Read on to find out the hits and misses of the night.
Priyanka Chopra 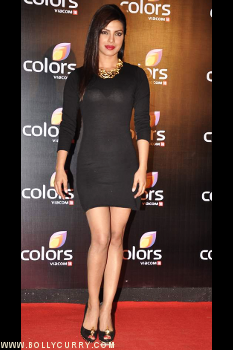 The desi girl arrived at the party wearing a Zadig et Voltaire LBD accessorized with a Vinage neck piece and McQueen pumps gracing her feet. Otherwise a neat look, with the straight hair and deep red lipstick which worked well with the makeup, one can't ignore the lightness of the fabric making the dress seem a little too transparent in a not so good way. It steals attention from all that's good and passable about the look and forces the light to rather unpleasantly distracting stuff. Rating: 3/5
Anil Kapoor 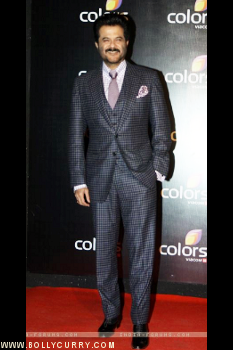 Wearing a light purple checked shirt under a three-piece checked suit and black shoes, Anil Kapoor attended the party in a rather 'busy' look. The checked pattern of the shirt, the jacket as well as the pants is just too much to bear. The un-checked purple tie is the only thing which stands out amidst everything so similar looking; even the pocket handkerchief on the jacket has polka dot pattern on it. Mr. Kapoor, all these patterns on one attire, not your best move. Rating: 1/5
Jacqueline Fernandes 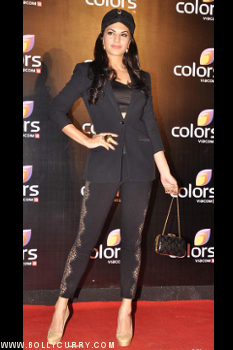 A pair of lace Stella McCartney pants, a black bustier top and a The Row jacket, Jacqueline Fernandes definitely made heads turn with this cleverly put ensemble. The black turban was a rather risky move but it thankfully paid off extremely well due to the poise she carried herself with. Loosely curled hair, just one ring as an accessory and nude pumps finished off this look. We can't find a flaw in this one. Well done, Jacky! Rating: 4.5/5
Anupam Kher 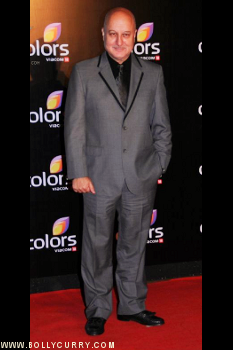 Anupam Kher took the classic route and opted for a grey suit over a black shirt and tie and a pair of dark shoes. It was a good choice; it suited him well giving him a certain grace. The black piping on the blazer worked really well cutting the monotony of plain and boring. Our only complaint is that the tie and shirt were too similar in shade making the tie kind of disappear despite being there. But overall, not a bad appearance. Rating: 3.5/5
Sonam Kapoor 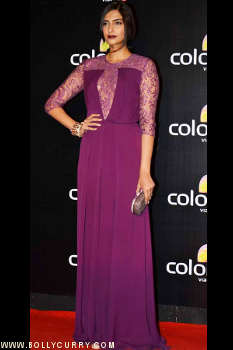 The fashionista of Bollywood, Sonam Kapoor was seen wearing a purple Elie Saab gown. She seemed to have gone for the dark mood with her dark shaded lipstick and a hair half tied do, not that it did her any harm. Two bracelets on the right arm and a Bottega Veneta knot to go with the dress, Sonam didn't overdo anything and it all worked well with the dress. Rating: 4/5
Shah Rukh Khan 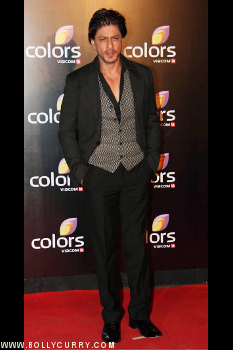 King Khan was seen wearing a dense polka dotted vest jacket over a black shirt and a black dinner jacket over a pair of black pants. The ragged look didn't do him any good. His shirt wasn't buttoned up, neither was his vest jacket nor his jacket. It seemed like a very randomly put together appearance which actually makes us quite sad. Always the charmer, SRK didn't really get to charm us this time with his appearance. Rating: 1.5/5
These were some of the stars at the recently held IAA Awards. Agree or disagree with the ratings? Tell us all in the comment box!
Writer: Maisooma B.
Editors: Urooj K. and Jenifer Y.
Graphics: Marsh P.
Do you have a suggestion or comment for BollyCurry? Drop us a PM at  BC_Dropbox today.
0 Likes

Jacqueline Fernandez to team up with Amanda Cerny for a video podcast ...