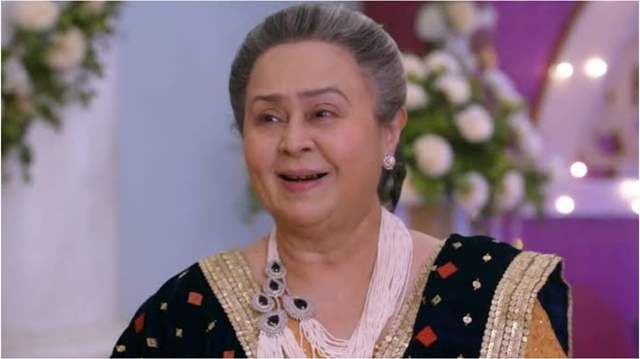 Sony Entertainment Television’s family drama Appnapan... Badalte Rishton Ka Bandhan’s engaging narrative revolving around the lives of an estranged couple, Nikhil (Cezanne Khan) and Pallavi (Rajshree Thakur) has struck a chord with its viewers. As the story moves forward with different twists and turns, in the on-going track viewers will get to see how Nikhil becomes the quintessential 'knight in shining armour and gets Pallavi’s house back much to the delight of Pallavi’s mother, Mrs Gulati, and of course the children, Barkha, Manna, Badal, and Gagan. While Pallavi is not okay with this situation completely but for the sake of her kids she decides to stay with Nikhil in the house together as one big family. Adding more twists but in a good way in Nikhil and Pallavi’s life will be Nikhil’s mother who will come back in to their lives thinking that both of them are back together.

Playing the role of Nikhil's mother will be the veteran actress, Farida Dadi who has gained immense popularity for her noteworthy work in the television industry. Always in support of her son Nikhil and his now ex-wife Pallavi, Nikhil’s mother was a staunch supporter of Nikhil's marriage with Pallavi. She only left her son when he decided to call things off with his wife. After seeing Nikhil and Pallavi together on television, promoting the Food Mela at the Nik J restaurant, she is taken by surprise. This news ignites the sparks of hope within her, and she decides to live with Nikhil and Pallavi once again.

I identify strongly with my character because she sees the best in people, just like I do. She has always been a huge advocate for her son Nikhil and Pallavi's relationship and wished for them to be together, but sadly, things did not work out well for them.

Talking about her character, the esteemed actress said, "I identify strongly with my character because she sees the best in people, just like I do. She has always been a huge advocate for her son Nikhil and Pallavi's relationship and wished for them to be together, but sadly, things did not work out well for them. Unaware of the turmoil that is currently erupting in her son and Pallavi's lives, she becomes euphoric with joy when she sees them on tv and wants to travel to Meerut to be with them. While her entry into their lives will change their dynamics of the family as it will bring them together but whether her character will act as the spark that unites the family and sort out the issues between Pallavi and Nikhil that’s something the viewers will need to wait and observe. I have been having a gala time shooting with the team as everybody is really warm here, it’s actually feels like one big happy family.”

1 months ago Dadi kha entry bohot dhamal tha, I love her bonding with Teji and of course Pallu. Her entry boost my interest and she is doing great as KD

3 months ago Dadi is the best❤️