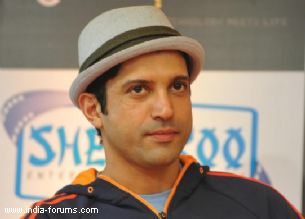 Actor-filmmaker-singer Farhan Akhtar returned to Dubai over the weekend with his band Farhan Live to perform again.

In September, Farhan and his band performed as part of the Dubai Music Week, and on Saturday, he returned to perform at the Hard Rock Cafe.

A lot of Indians and NRIs flocked to the venue to catch Farhan's show, said a source.

Anurag Rao, manager and guitarist of Farhan Live, said: "Performing in Dubai was a great experience. We are looking forward to go back soon."

Farhan's singing prowess was first heard in the movie "Rock On!!"