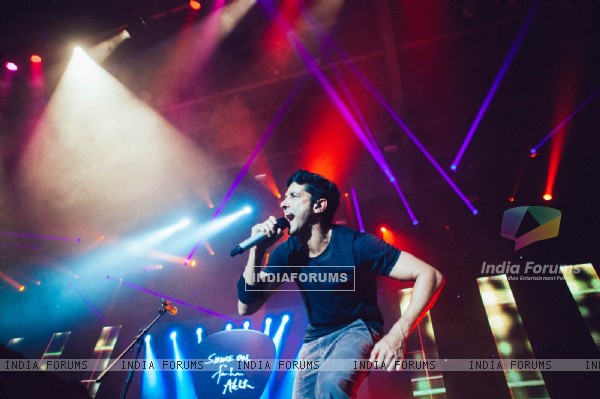 In the wake of the award season the band Farhan Live won a special award for the best performing band at the Live Quotient awards.

Live Quotient Awards celebrates the Creativity and Excellence of live Entertainers from the Events and Entertainment Industry. LQA is a unique platform that acknowledges every genre of live entertainment.

The band Farhan Live was formed last year and has been visiting various cities for performances. Farhan Live has been extremely successful and has a huge fan following among the youth. Anurag Rao who is a part of the band, lead guitarist and also the band manager collected the award on behalf of Farhan Live and was humbled by the response he received. Anurag has been meticulously working to take the band to each and every corner and to all the music lovers.

Farhan Live has been visiting umpteen numbers of colleges for performances. The band has struck a chord with the youth at large and the award acknowledges and reinforces the love the band receives. It is very prestigious for the band to not only gain such immense popularity among the youngsters but also get acknowledged in such a way.

This year, Farhan Live will be extensively travelling across India and also internationally for performances. They will be visiting Kota, Belgaum, West Bengal, Hyderabad, Chennai and also Australia, New Zealand and Dubai in the first half of 2015.