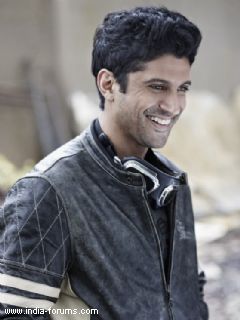 The event is a British Film Institute (BFI) special 'in conversation' event, with the London Indian Film Festival.  It is Europe's biggest independent film festival. The festival commences 10th July and ends on 17th July.

Farhan Akhtar, who has scheduled to be shooting for Zoya Akhtar's Dil Dhadakne Do at that time, has taken a two days off from the shoot. He will be flying to London on the 16th and be back on the 18th July. So he can be there for the last two days.

Due to Farhan Akhtar's multi-faceted personality, the subject of the conversation has not been defined. Farhan has a free hand in talking about everything from acting to direction to singing and writing.

Big names from the international industry have been associated with the BFI before and it is a huge honour for Farhan Akhtar to have been invited by the same committee to share his valuable knowledge and experiences on Films and Filmmaking.

A lot of colleges like IIM, IIT, and Harvard etc. have been inviting him for lectures. This time around the London Indian Film Festival has been keen to have him. Farhan's fans and popularity has grown two folds - in India and also internationally.

The actor has been highly appreciated for his fabulous performance in Bhaag Milkha Bhaag recently and has been receiving a lot awards this award season.