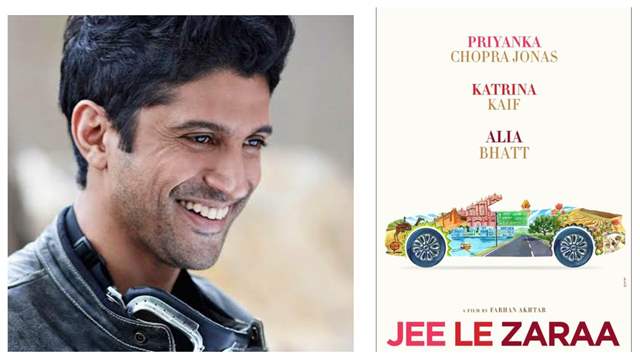 The director in Farhan Akhtar had taken a backseat for quite a long time now. Interestingly, as we know Akhtar made his debut as a director in the entertainment industry with the generation-bending film, Dil Chahta Hai. Following that, he made Lakshya and Don - The Chase Begins Again. But his last directorial venture continues to be the sequel to Don, Don 2 - The King is Back.

Ever since then, Akhtar has only focused on acting and production assignments. But now, after all this time and basically after a decade, he is all set to return as a director. That's right.

The announcement of the same was confirmed that Akhtar is indeed making his return as a director and will be doing so with a film titled 'Jee Le Zaraa'.

The film is said to be a road-trip film but it is the starcast roped in that makes it alluring. Stalwarts like Priyanka Chopra Jonas, Katrina Kaif and Alia Bhatt have been roped in to play the lead roles in the film-

Apart from directing, Akhtar will also be producing and co-writing the film along with sister Zoya Akhtar, Reema Lagti and Ritesh Sidhwani (the latter only being a producer). Many fans would have expected Akhtar to make a return to direction with Don 3 but that might have to wait longer.

2 months ago Nothing new. Just a female woke version of ZNMD.

+ 6
2 months ago He has no storyline. The same old road trip formula over and over again!