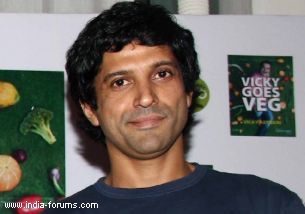 When Farhan was chosen as the brand ambassador of portal, the creative team was keen to discuss and share the storyboard with him for his inputs, said a statement.

The team will be using the song "Tension kyun lete ho", composed by Shankar Ehsaan Loy as the jingle, as suggested by the actor.

The lyrics of the song are written by Farhan himself.

"Farhan has come on board as the brand ambassador for Yepme.com. He will be shooting for the video soon," said the spokesperson of the "Rock On!!" star.

Sushant Singh Rajput case: NO clean chit given to Bollywood ...
3 minutes ago

Bigg Boss 14: Abhinav Shukla and Rubina Dilaik to be a part ...
39 minutes ago