Farhan Akhtar has accomplished a lot in his career in consideration to his age and has imprinted his name in the minds of many. 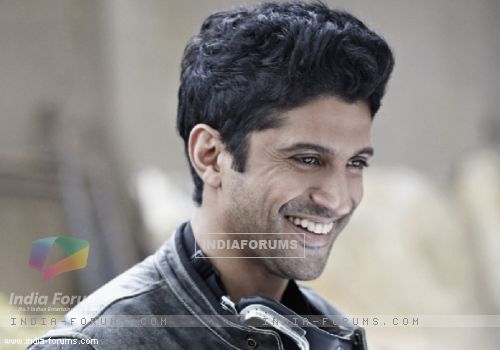 Farhan, best known for his acting has a growing fan following. People of all age groups look up to him. Farhan is also regarded as a youth icon as he has set benchmarks by excelling in his career. He is also admired by the Youth for his physique and humble personality.

Farhan has gathered his basket of appreciation received for Dil Dhadakne Do and is back to business. He has been working round the clock lately. He has been busy with post production work for Bangistan.

In addition he has been dubbing for his upcoming film Wazir with Amitabh Bachchan. Further the actor has been prepping for Rock On 2.

Farhan, known to balance his professional and personal life perfectly is doing so with ease along with maintaining a healthy diet. In addition Farhan has been contributing to the society by indulging in social issues like Man Against Rape and Discrimination (MARD).

Further, he has also been declared as Women's goodwill ambassador by the UN for South Asia. Farhan is an Actor-Producer-Director-Singer-Philanthropist all in one. The Multi-hyphenated Farhan is a true multi tasker indeed.

All in all Farhan believes in keeping everyone happy, his family, colleagues, co-actors, audiences and the society as a whole, thereby serving to be an ideal influence to the society.

5 years ago Great personality...very versatile...n u could see a dedicated person...