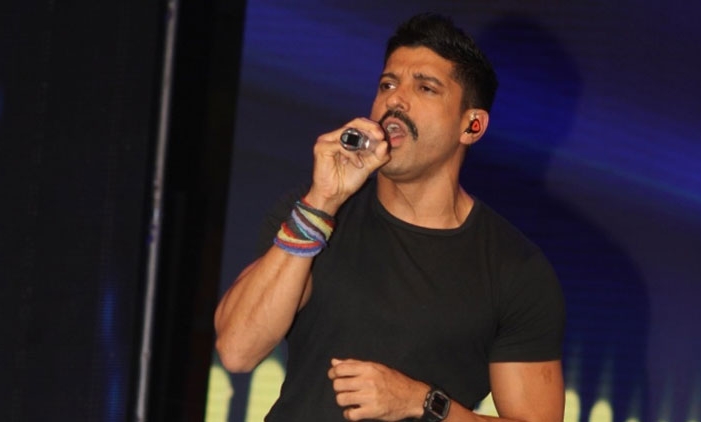 Actor Farhan Akhtar has lent his voice to a campaign film conceptualised and directed by Vasan Bala for the Jio MAMI 18th Mumbai Film Festival.

They celebrate the film lover in a special film that declares the registrations to the festival open. The campaign film, shot by Avinash Arun, edited by Nitin Baid and written by Varun Grover, captures the multitude of emotions that people feel while watching movies.

Bala, known for his movie "Peddlers" and who has worked closely with Anurag Kashyap on various critically acclaimed projects, said in a statement: "Be it a Werner Herzog (German director) audience or an Innaritu (Mexican director Alejandro Gonzlez Innaritu) audience or a Manmohan Desai audience, the viewer watches and immerses herself or himself in a way which is very intimate and unique to that viewer.

"The idea was to just maybe capture a glimpse of that with no judgment or manipulation."

The campaign film features diehard film buffs as the stars of the movie who were filmed watching various film clips with their emotions and reactions being caught live and unfiltered.

It will be released across multiple platforms and will be screened in PVR Cinemas across the country.

Anupama Chopra, Festival Director, said, "It's such an honour to have one of India's most talented filmmakers, Vasan Bala and his team create a film for MAMI. We are grateful for his generosity and support. And a big shout-out to the film buffs who made the film what it is -- a tribute to our common passion -- cinema."

The campaign film's writer Varun Grover said: "No film is complete without viewers finally watching it. The campaign 'Film Lovers First' aims to bring the most essential part of a film -- its viewer -- in the limelight and celebrate the human emotions this relationship facilitates.

"MAMI is our annual adda of film lovers - in fact the only 'festival' that I celebrate and wait for."

Organised by the Mumbai Academy of Moving Image (MAMI), the Jio MAMI 18th Mumbai Film Festival with Star will be held here from October 20-27.

‘Do I have to die to get the proccedings going?’ Payal Ghosh questions ...