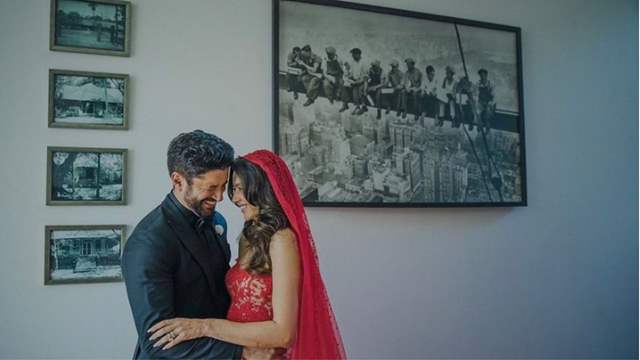 Actor and producer Farhan Akhtar married Shibani Dandekar in a small ceremony last month. The ceremony was held at Javed Akhtar and Shabana Azmi's Khandala residence. As the pair celebrated their one-month wedding anniversary, Farhan turned to social media to show love for his lovely bride.

Farhan captioned a picture of himself and Shibani from their wedding. He wrote, "Tum hastee raho bas yuhin main dekhta rahoon @shibanidandekar." In the photo, he can be seen staring at her as she celebrates her special day.

Shibani was the first to make a mushy remark on his piece. "love you .. thank you for filling my life with love and laughter ❤️." Fans were all hearts in the comments section. One of the fans wrote, "I read this in Farhan’s voice and uff🥺🤍." Another fan wrote, "Aap dono hastee raho bas yuhin hum yuhin bas dekhte rahen😍."

+ 8
6 months ago I am waiting for the movie Jee Le Zara Has the shooting started yet ?

+ 10
6 months ago Aww so sweet, congrats to them for der 1st month anniversary