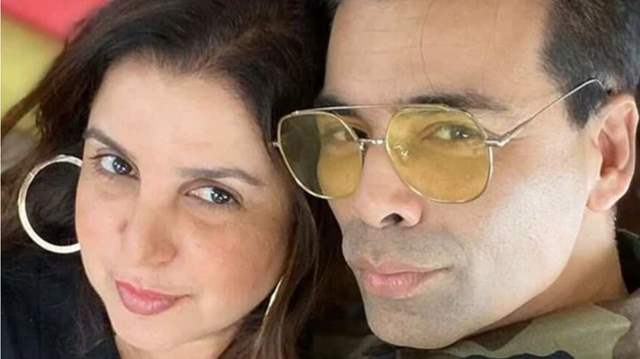 Karan Johar is a name that requires no introduction in the industry. His work is well-known over the world, and his eccentric demeanour is well-liked by the audience. He has done it all, from directing films to producing them to even acting in them, and he has excelled in everything that he has attempted.

On the occasion of his 50th birthday, industry friends and admirers from all around the world have sent their best wishes and love to the ace filmmaker. Farah Khan, on the other hand, wished him just a few hours ago, and it surely was a Farah style special and witty wish.

Farah Khan shared a clip of KJo's large closet in her video giving us a glimpse of his enormous clothing and shoe collection. 'Oh my god!' she shouted as she showed him around his massive walk-in closet. Finally, we saw Karan make an appearance in the video, looking stunning in a black suit with a lovely rose design. Farah wished him a happy birthday before pulling his leg. They had a charming banter as well.

Sharing the video, Farah hilariously wrote, “Happy 50th to @karanjohar .. most sporting, witty n intelligent friend i hav #karah p.s- apologise for the number of times I said “Oh My God”.. As soon as Farah posted this clip, it started making rounds on social media.

Meanwhile, Karan Johar is currently busy with his directorial, Rocky Aur Rani Ki Prem Kahani. Ranveer Singh, Alia Bhatt, Dharmendra, Jaya Bachchan, and Shabana Azmi star in the family-oriented romantic comedy. A significant portion of the movie has already been filmed, and the crew is working to complete the shoot by September/October of this year.